A Paris court on Thursday acquitted the editor of a satirical French weekly, sued by two Muslim groups for publishing cartoons of the Prophet Mohammed. 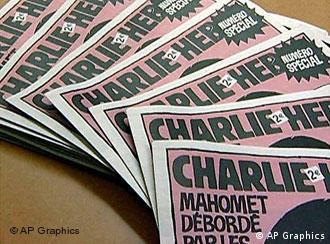 The special edition of Charlie Hebdo which carried the cartoons sold 400,000 copies

Applause broke out in the courtroom at the announcement of the verdict, which ruled that the three cartoons published by the weekly Charlie Hebdo in February 2006 were not insulting to the Muslim community.

The Paris Grand Mosque and the Union of Islamic Organizations of France (UOIF) took Charlie Hebdo editor Philippe Val to court for reprinting cartoons that first appeared in a Danish newspaper, sparking angry protests by Muslims worldwide in which 139 people were killed.

Claim of offensive link between Islam and terrorism 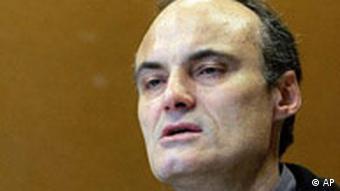 Philippe Val was cleared of the charges against him

The UOIF and the Great Mosque of Paris filed a legal complaint, accusing the magazine and Val of committing "an act of deliberate aggression" against Muslims. The trial was seen as an important test for freedom of expression in France and large crowds crammed into the Paris courtroom to hear the arguments put by both sides.

The Islamic groups argued at the trial last month that the cartoons drew an offensive link between Islam and terrorism and asked for 30,000 euros ($38,750) in damages. But the court found Val to be not guilty of "public defamation of a group of people because of their religion."

The court followed the advice of the public prosecutor, who had recommended acquittal because he deemed none of the three caricatures to be injurious to the Muslim community. 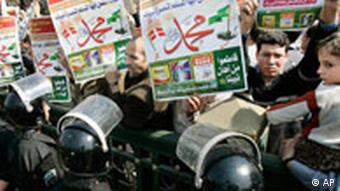 The unrest last year spread across the Islamic world

One of the cartoons reprinted from Denmark's Jyllands-Posten showed Mohammed wearing a turban shaped as a bomb, and a second showing the prophet standing on a cloud, turning away suicide bombers from paradise with the caption "Stop, stop, we ran out of virgins."

A separate drawing by French cartoonist Cabu showed Mohammed sobbing, holding his head in his hands and saying: "It is hard to be loved by fools."

The three caricatures were published in Charles Hebdo on February 8, 2006, in a special edition devoted to caricatures of the Islamic religion. The issue sold 400,000 copies in a few days, whereas the magazine's usual circulation is 140,000.

The EU's Austrian presidency rallied Monday to the defense of the freedom of the press and expression amid growing Muslim anger about controversial Danish cartoons portraying Prophet Mohammed. (30.01.2006)