Princesses now have the same chance of inheriting the throne as their brothers after Denmark voted on Sunday in favour of a constitutional change. 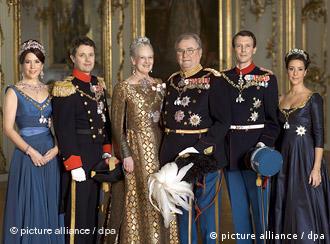 Danish voters have overwhelmingly approved a plan to put women on an even footing with men in succession rules for the Danish throne. In a referendum held on Sunday, 85.4 percent of voters said ‘yes' to a proposal to change a provision in the country's constitution that made the monarch's first-born son heir to the throne even if he had an older sister. Only 14.6 percent voted against it.

Prime Minister Lars Lokke Rasmussen reacted positively to the change, saying “it was important for gender equality.” Under the constitutional amendment, which had already been approved by lawmakers last year, the first-born child of any future monarch is to inherit the throne, regardless of gender. 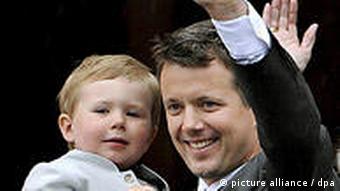 Denmark's Crown Prince Frederik with his first-born child and heir to the throne, Prince Christian

The amendment was first proposed in 2005 when Crown Prince Frederik and Princess Mary were expecting their first child. However, the public debate died down after she gave birth to a son, Prince Christian. They later had a daughter, Isabella.

This marks a dramatic shift for women in the over 1,000-year-old Danish monarchy. Queen Margrethe was able to inherit the throne in 1972, but only because she didn't have any brothers. 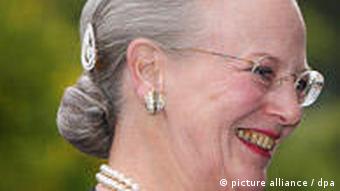 Prime Minister Rasmussen also told his Liberal party supporters that the referendum was "a strong signal that shows that we want to be a society where men and women have the same opportunities, whether it is for ordinary people or princes and princesses.”

Turnout for the referendum was almost 59 percent of the four million eligible voters.