Demirtas: Europe is letting Turkey’s opposition down | Middle East | News and analysis of events in the Arab world | DW | 29.05.2018

Selahattin Demirtas, behind bars since November 2016, is running as the HDP's candidate in Turkey's presidential race. In an exclusive DW interview, he criticizes Europe for not supporting the Turkish opposition. 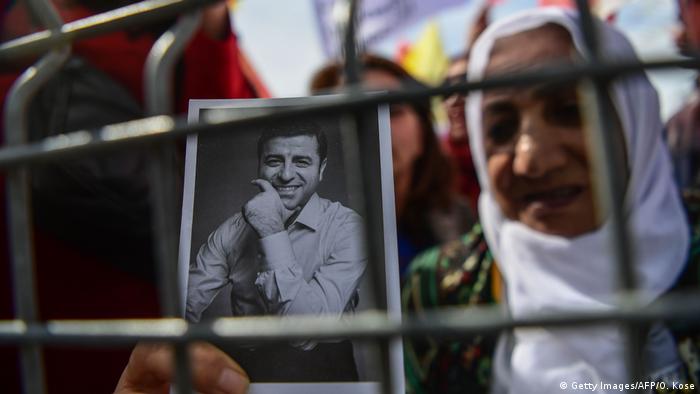 On June 24, Turks head to the polls to pick a new president. Selahattin Demirtas, the former co-chair of pro-Kurdish People's Democratic Party (HDP), is one of six presidential candidates in the race. Demirtas was jailed in November 2016 for alleged ties to the outlawed Kurdistan Workers Party (PKK). Now, he is forced to run his election campaign from the confines of his prison cell. Through his lawyer, Demirtas was able to answer DW's questions.

DW: The Ankara 19th Penal Court of Peace rejected your appeal to be released from jail. Now, you have taken your case to Turkey's Constitutional Court. As a lawyer and presidential candidate, what do you expect to happen in your case? Do you think you'll be released?

Selahattin Demirtaş: My arrest and detention is politically motivated. I will be freed if I go through the courts, provided the judiciary is independent. That is not currently the case. The political class is influencing the judicial branch. But the justification for my arrest is so feeble that not even this political pressure on the judiciary will be enough to keep me locked up. The fight for democracy and freedom waged by our people will be decisive. If that fight results in an independent judiciary, then I'd be able to have a fair trial.

You have been following the presidential race on TV and in the newspapers from your prison cell. What are your thoughts? You, like all presidential candidates, are entitled to hold an election speech on public broadcaster TRT. What will you say? 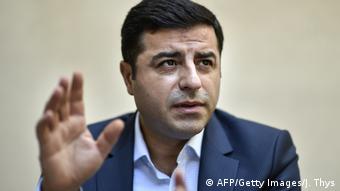 If you watch TRT and other mainstream media, you get the impression that the HDP and I are not even competing in the elections. The media situation is sad. They are giving the impression that a part of Turkish society has no political representation. And are treating other opposition forces like children, which is shameful. I understand that they are under pressure. But there is no justification why, in these critical times, the media are opting to see no evil, hear no evil, and speak no evil. And why they are serving the interests of the government.

Currently, we are in talks with public broadcaster TRT about my election speech. But so far, I have been denied my right to participate in political gatherings, talk to voters, and express my views. So I wonder if it will be any different with TRT.

No matter how much you talk about peace, there is a part of the Turkish population that rejects you and the HDP. Is it plausible that some day you will win them over?

From early on, the HDP succeeded in appealing to those that were represented by no other party. I am convinced it will remain that way in future. The HDP is not just a political party. It is shows how we can live together, and give people hope for the future. We have to improve the way we package our messages and use communication channels more effectively, to achieve a more accurate image of ourselves in the public.

Could a new peace process begin if President Recep Tayyip Erdogan is re-elected?

There is not the slightest reason for us to believe that Erdogan knows what democracy, peace and a possible peace process entails. We are all for a peaceful solution to the [Turkish-Kurdish] conflict. But the AKP [Justice and Development Party] is not.

What is your opinion on Europe's and Germany's stance following the attempted coup on July 15 2016? 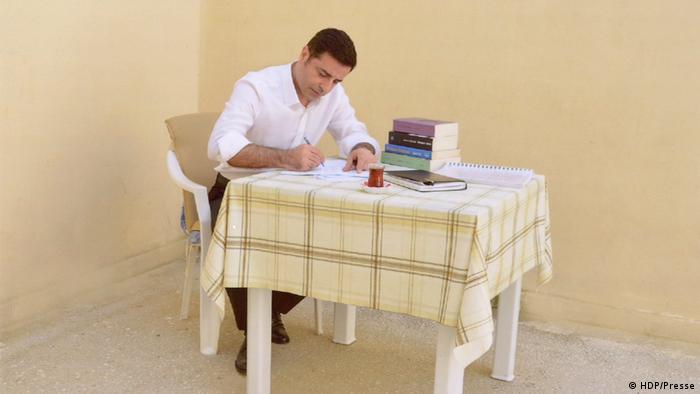 Demirtas at work in his prison cell

What we see is that those who are party to the Turkish refugee deal and who sell weapons to Turkey at great profit have become much more quiet about Turkish human rights issues than before. Europe has abandoned Turkey's opposition groups and democratic forces. It is ignoring its own principles, which took so long to establish. So we prefer appealing to the people of Europe and its democratic public spheres, instead of calling on certain political leaders.

Your run your own election campaign, which is keeping you very busy. What does a typical day look like? What time do you get out of bed? When do you sleep? And how do you keep yourself motivated?

I am in a high security prison which means I have very limited options. I try to support the election campaign by contributing small messages. I spend my days reading and writing about the elections. Three times a day, my lawyers come to visit and we talk. Seeing the political struggle and the preparations outside really motivates me. Once a week, I get to see my wife for an hour. That also motivates me and lifts my spirits. And I also receive many letters each week. They give me strength as well.

The interview was conducted by Banu Güven.

Left and Green party lawmakers have slammed Germany's Turkey policy ahead of Prime Minister Binali Yildirim's visit to Berlin. They demand a tougher stance in the face of human rights violations. (15.02.2018)

A new center-right party is set to shake up Turkey's political scene. It's evidence that despite the difficult environment, Turkish democracy is alive and kicking. Could the party even challenge Recep Tayyip Erdogan? (25.10.2017)