Defeat or liberation? Germany looks back 65 years to the end of WWII

On May 8, 1945, Germany unconditionally surrendered to the Allies to end World War II. But the historical significance of May 8 depends on the side of the war people belonged to - and the side they belonged to afterward. 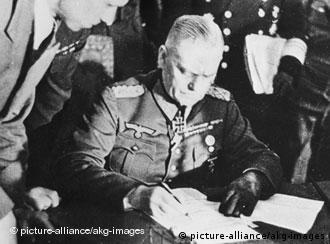 For decades after the end of World War II, many Germans - especially in the western part of the divided nation - had trouble grasping what May 8, 1945 meant for them. That was the day of Germany's unconditional surrender to the Allies, ending the war Adolf Hitler had started in 1939.

Millions died in the six years of the war, large parts of Europe were in ruins, and the unfathomable extent of the genocide of European Jews had come to light.

The end of the war forced Germans to look back on a dark period in their nation's history, and also forced them to stare into an uncertain future as the country struggled to rebuild. 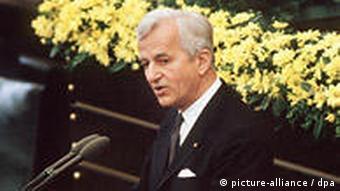 These conflicting feelings regarding May 8 continued for 40 years, until former German President Richard von Weizsaecker made one of the most meaningful comments about the significance of the date in German history. It came in an address to the German parliament on May 8, 1985.

"The eighth of May, 1945, was a day of liberation," Weizsaecker said "It liberated all of us from the inhumanity and tyranny of the National Socialist regime."

It took 40 years for a high-ranking West German politician to express this sentiment in such clear, unmistakable terms.

"That was breaking a taboo," says historian Joerg Morre about Weizsaecker's speech. 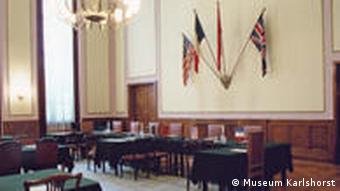 Morre is the director of the German-Russian Museum in Berlin, which is housed in a building steeped in historical significance. It was here, in the former Nazi officers' mess, that General Field Marshal Wilhelm Keitel, head of the German Army, signed Germany's unconditional surrender.

After the war, diverging feelings developed about May 8 in West and East Germany. West Germans had a difficulty seeing it as a day of liberation.

"Historically speaking, it was a day of defeat for the people involved on May 8, 1945. That's the nature of an unconditional surrender," said Morre.

"But more and more, it is being seen as a day of liberation. Many people invoke Richard von Weizsaecker's famous speech from 1985, and it will be cited again this year. I think that's the right thing."

However, Morre says that was the case from the beginning in the eastern German Democratic Republic (GDR). As one of the most important partners of the communist Soviet Union, it was easy for the GDR to rally around the concept of antifascism.

"It was a victory: fascism had been conquered," Morre said.

A person's feelings about May 8, 1945 often depend on the color of their flag

Morre's museum was originally opened in the GDR in 1967 by the Soviets. It was given the unwieldy name of the "Museum of the Unconditional Surrender of Fascist Germany in the 'Great Patriotic War' of 1941 - 1945."

After many divisions of the Allied forces left Germany following reunification, the name of the museum was changed. The German-Russian Museum is not only a more practical name, but it mirrors the special cooperation between the two countries to keep the museum running.

It's a unique situation - conqueror and conquered reflecting together the historic events of May 8, 1945. Permanent exhibitions about the end of the war, films, music events, lectures, and seminars are all part of the program. 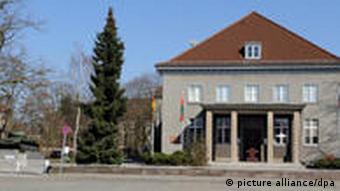 By working so closely together, Joerg Morre has learned that May 8 plays an even bigger role for Russians. World War II veterans in Russia are very highly regarded, he says, and it will be a deeply felt loss when the last of them pass away.

"They are making an effort to soften the blow for when this happens," said Morre. "Young people, mostly history students, are being paired up with veterans. The idea is to create a sort of genetic memory from the recollections of the veterans. Then the students can be the ones who can tell the history of the veterans after hearing their stories."

In Germany and other Western European nations, Morre says history is remembered a differently. It is shaped by sources used by historians and passed on mainly in books. In that sense, says Morre, the consensus has been reached that May 8, 1945, was a day of liberation.

In the morning hours of this day, the first shots were fired. After Germany's initial success, the page turned in 1941: the Allies gained the upper hand and defeated Germany in 1945. (16.11.2009)

Germany vs. the US in 1937: The "greatest tennis match ever played"

At Sunday's historic Wimbledon, Roger Federer broke the Grand Slam record. But the personal stakes at the 1937 Germany-US Davis Cup duel were higher for German Baron Gottfried von Cramm: He was playing for his life. (05.07.2009)

Stalin's reputation experiences something of a renaissance (08.05.2010)