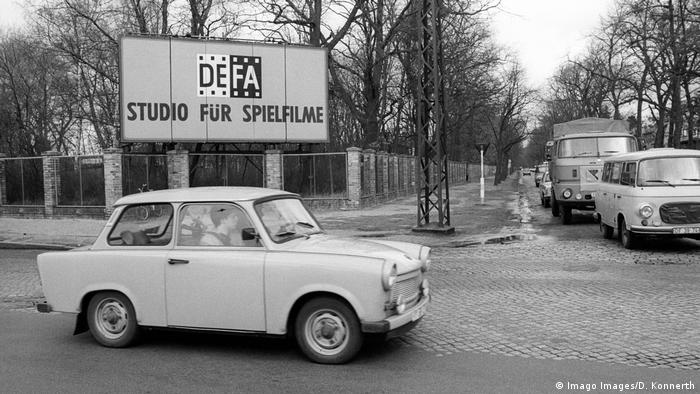 The cradle of German film: Babelsberg, founded in 1912

May 17, 1946 was the founding date of Deutsche Film AG (DEFA) — years before the German Democratic Republic (GDR) was created. It was the day Colonel Sergei Tulpanov, the Soviet military administration's culture commissioner, issued the first filming license. Three months later, DEFA was entered in the commercial register.

In its 40-year existence, the state-owned East German studio produced more than 700 feature films, 2,250 documentaries and short films, 2,000 newsreels, 950 animated films and many dubbed versions. Historical propaganda films and contemporary movies deemed appropriate were supposed to get East Germans behind the idea of socialism. Films about the fight against fascism, people's jobs and everyday life in the German Democratic Republic (GDR) were the focus.

Despite the restrictions and the Culture Ministry's interference, some filmmakers and authors managed to develop their own artistic style far beyond the rigid party line. Films that defied the given power structures and indirectly displayed people's problems and grievances, like Peter Kahane's The Architects, fell through the cracks. They didn't all make it to the movie theaters, and some weren't shown until after the fall of the Berlin Wall.

Many women artists at DEFA

Director Marion Rasche studied philosophy and drama at East Berlin's Humboldt University before joining DEFA as director and dramatic advisor in 1976. At the time, the staff there was almost completely female. There was only one male colleague, Rasche told DW. She later moved to the DEFA's animated film studio in Dresden. By the time East Germany was reunified with the West, almost one out of two employees was female at the Dresden animated film studio, and women held all manner of positions, from directing to designing puppets and costumes. 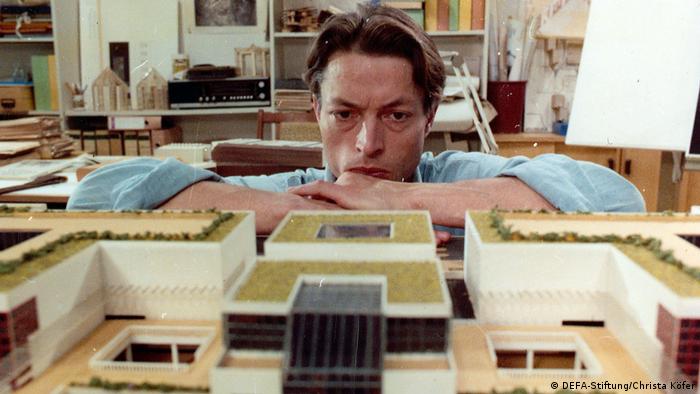 People tend to forget the women because they weren't in the limelight as much, said Till Grahl, scientific-artistic director at the German Institute for Animated Film and curator of the exhibition "Out of Character: Women at the DEFA Studio for Animated Films."

"We want to pay tribute to these women," he said, adding that the women at the DEFA Studio for Animated Film created expressive movie characters. They wanted to get away from animated movies being only for kids, he said. "At the time, animated films were equal to feature films. They were adult entertainment."

The exhibition also honors Rasche, who recalls the era as a time of "taboo subjects, in particular in satires and parables of the army for instance, or criticism of state functionaries." Films with unusual visual language and staging were also dicey, she said, "films that were not meant for a mass audience but for arthouse film lovers and festivals." First, the material needed approval from the head dramatic advisor, followed by the studio director's approval for filming. A Culture Ministry film committee would then officially approve the finished product, she said. "So we would take every film to Berlin, where the decision was made whether it would be shown in public or not."

During her stint as head dramatic advisor, she faced disagreements and challenges. She recalls once buying a film idea from East German painter Helge Leiberg, whom she admired, but the GDR leadership was not at all keen on the idea. "The studio director disagreed with my choice, and the project was never realized," she said. "The artist later went to the West, as did many others, unfortunately."

DEFA and the 'Treuhand' privatization agency

With the fall of the Berlin Wall and the reunification of the two German states, the Treuhand privatization agency took over the liquidation of GDR operations, including DEFA. The studios were privatized. In 1992, CGE, a French company, bought DEFA's feature film studio. The documentary film studio was dissolved. But who ended up with the rights to the films?

"Some filmmakers made a strong case for transferring the cinematic legacy to a charity, an institution that deals with the realization of rights, said Stefanie Eckert, manager of the DEFA Foundation. "The Treuhand supported the idea." The foundation holds the legal rights to the DEFA films — the entire GDR film production — and faces the challenge of preserving them for future generations.

Digitization is the solution, but not an easy process, as Eckert told DW. "You can't just scan the film and expect a finished product. We have to meet the viewing habits of today's audiences while not manipulating the film's style," she said. "Twenty years ago, no one was bothered by a brief blurry image on TV, but today, people expect high resolution."

So the image negative and the sound material are digitized separately, she said, followed by careful color correction. "Where possible, we work with the filmmakers who can help us with certain colors for day-night conditions before we head to the retouching department, because the material has suffered over the years. Scratches and dirt need to be removed."

The studios were privatized, the films handed to the foundation — and the staff headed to the unemployment office. Rasche, who had made a name for herself in the GDR, soon found work with German public broadcasters. "While we understood there was no way DEFA could have survived in its former dimensions, we hoped it might exist in a smaller version — but that is just not what happened." 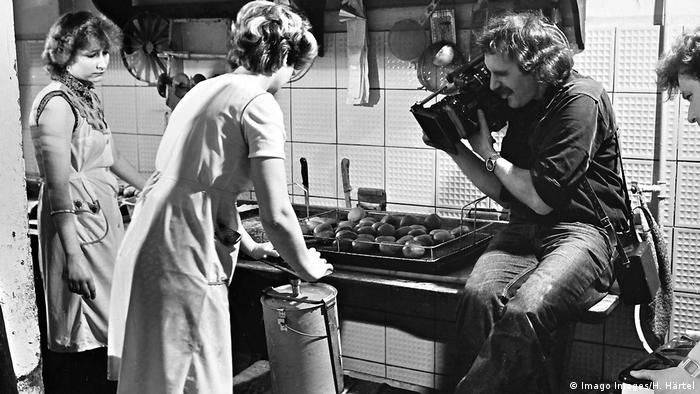 Many GDR filmmakers retired or were jobless after the fall of the Berlin Wall. "The market in the West was sated, we couldn't just come over from the East and hope to find work. Our West German colleagues didn't hug us and say: 'Finally we are united'," said Rasche.

"Only a few filmmakers managed to gain a foothold in a united Germany, and in fact, no one was waiting for them," Eckert said. "There was no great demand for new filmmakers and actors."

More than a million props are stored at the legendary Babelsberg Film Studio. Euromaxx presents a few pieces that made movie history in the hands of Hollywood stars like George Clooney and Kate Winslet.