Deep life on Earth: What's it all about?

Billions of tons of carbon are buried underneath the Earth's surface. Studying deep life can tell us about the origins of life on our planet and perhaps even the potential for life elsewhere. 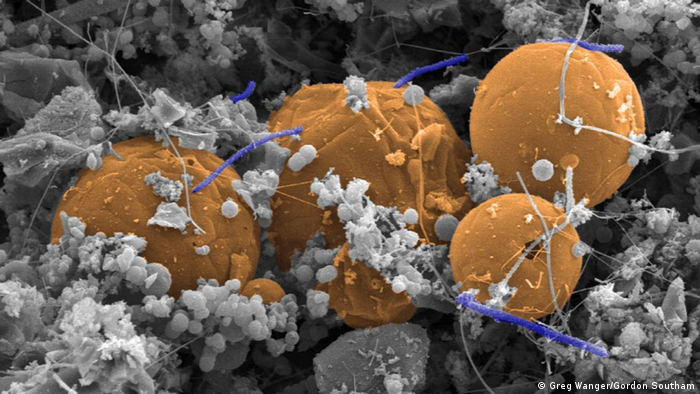 A species of bacteria that survives on hydrogen

We have long known that there is life under our feet, but now scientists have actually measured it.

Visible only through a microscope, unicellular microbes that live underneath the Earth's surface account for between 15 and 23 billion tons of carbon — that's hundreds of times more than the amount of carbon in all the humans on Earth combined. This new knowledge is the result of a 10-year international collaboration initiative of the Deep Carbon Observatory.

DW talked to Antje Boetius, a marine biologist from the University of Bremen in northern Germany and the director of Alfred Wegener Institute, who was one of the German scientists involved in the project.

Deutsche Welle: The Deep Carbon Observatory united geologists, chemists, physicists and biologists from all over the world. What was the role of German scientists there?

Antje Boetius: Our main task was to reveal the role of the deep biosphere — the life that lives hundreds of meters below the surface of the Earth and the ocean floor. There is a strong interest in research in this field around Bremen and Bremerhaven [in northern Germany], where I work. Our molecular geochemists and microbiologists made significant progress together with the international team to reveal how life deeply buried under the surface of the ocean interacts with carbon and energy sources found underground. What methods did you use to obtain and analyze data for the project?

Our main contributions to the Deep Carbon Observatory were our expeditions to extreme environments [drilling deep underneath ocean floors], as well as our development of new molecular methods we combined these to unravel the diversity of unicellular life, mainly bacteria and archaea [both forms of microbes]. Even if they cannot be cultivated in the lab, they can still be classified by their chemical signatures, sorted into ecological types, and potentially used to identify new branches of life.

In this project you focus mainly on carbon. Why is measuring carbon so important?

Our life on Earth is comprised of carbon. It is the backbone of the molecular building blocks of life. Carbon fluxes, both in the past and today, are crucial because they directly impact energy flow, the climate and life on Earth. Carbon is a very abundant molecule on Earth.

There are huge carbon deposits on land and in the sea that have a huge impact on the climate and all life on Earth, including us. Today, when we are concerned about our overuse of fossil fuels and rapid climate change, it's important to understand that for 4.6 billion years of life on Earth it is exactly this balance between buried carbon and oxidized carbon [CO2] that has explained the diversification and distribution of life, as well as mass extinctions. 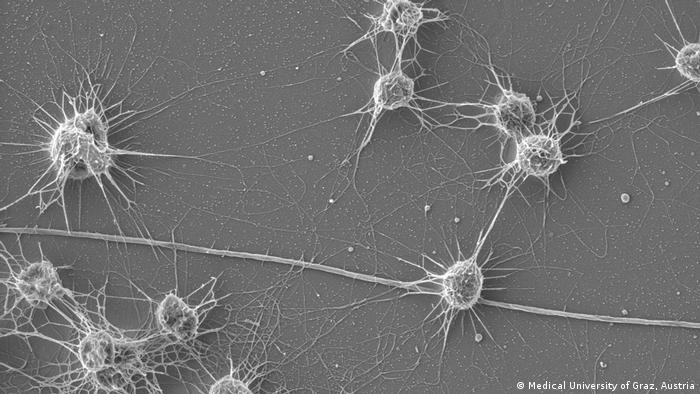 These archaea were originally found living in sulfidic springs in Germany

What is special about deep carbon in particular?

Deeply buried carbon is the largest source of carbon on Earth. Any processes that interact with it, mobilize it, or make it available to microbes change the balance of carbon and, subsequently, our climate. What is particularly special is that solving one of the greatest mysteries about deep life — where it sources its energy from — may allow us to solve another great mystery: the emergence of life on Earth and the possibility of life in outer space.

What is the life source for organisms deep under the Earth's surface?

This was one of biggest questions for us during these past 10 years. Now we are much better informed. We have found many pathways for energy flow, and we can confirm that there are full food web cycles deep underground. For example, there are microbes that use methane as an energy source without oxygen; they can burn the methane with their enzymes and take energy from the methane molecule.

In answering the question of just how deep underground the building blocks of life are formed, hopefully we can eventually understand what formed life on Earth.

Will it also tell us where we can find life outside Earth?

We had some meetings and conferences where astrobiologists were really fascinated by our findings. Progress with this question has also influenced the way new missions are planned. For example, the Mars mission now tries to drill into the planet's surface to find out what is happening with the carbon underneath the surface.

Did any new questions arise from the research?

What we are still trying to establish is the limit of life. We couldn't find the limit with regard to pressure: we can go to the deepest trenches on Earth and even drill many kilometers down into the seafloor and there will still be life. So we found that pressure does not play a big role.

But temperature does. Currently, the record for the hottest temperature that can be survived on Earth is held by a strain of bacteria that can survive at a temperature of 122 degrees Celsius (251 degrees Fahrenheit). But we are still not sure that's the limit.

We still want to know: at what temperature does life cease to be possible? For me, it is really intriguing that we inhabit this planet and we don't know the limits of life and its distribution on Earth.

German scientists discover micro-organisms which could help in understanding the earth's early life forms - and in the fight against global warming. (13.08.2002)