Protests following the riot at a soccer stadium in Port Said led to at least eight deaths and left some 1,500 injured over three days of clashes. Protesters blame security forces for not stopping the football violence. 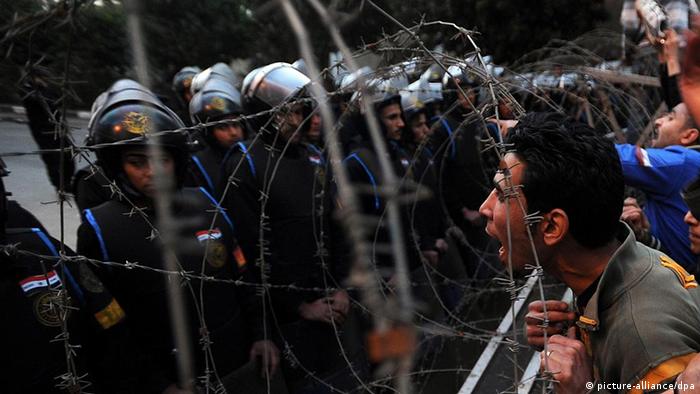 The protests took place in Cairo and several other cities

Eight people were killed in clashes between protesters and security forces in the Egyptian cities of Suez and Cairo following a riot at a soccer stadium that killed 74 people, reports said Saturday.

Violence continued in the capital on Saturday, with anti-government protesters clashing with security forces near the Interior Ministry. Several cars were reportedly damaged and shops set ablaze by petrol bombs.

Egyptians furious over the bloodshed had taken to the streets on Friday in Cairo, Alexandria, Suez and several other cities. Officials said that more than 1,500 injured had been injured nationwide during the day. 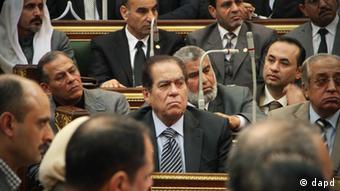 On Thursday, protesters in Suez reportedly attacked the headquarters of security forces, throwing stones and Molotov cocktails, while police responded with tear gas. Demonstrations in Cairo were even greater, with some 10,000 gathering in front of the Interior Ministry.

Protesters claim security forces did nothing to prevent or control the deadly riot on Wednesday, which took place after a soccer match in Port Said. Fans of the match's winning team, Port Said's Al-Masry, rushed the field and attacked supporters of the highly-ranked Cairo club, Al-Ahly.

Interior Minister Mohammed Ibrahim said most of the deaths were caused by suffocation as panic ensued in the stadium and people tried to flee, but medical officials said some victims were stabbed.

Egyptian Prime Minister Kamal al-Ganzuri told an emergency meeting of parliament that the Egyptian football association's director and board, as well as Port Said's security chief, had been fired. He also said the Port Said governor had tendered his resignation, which was accepted.

Calls from some members of parliament for Interior Minister Ibrahim to be fired were ignored. Members of the Muslim Brotherhood, which holds roughly one half of the seats in parliament, blamed the violence on supporters of ousted dictator Hosni Mubarak.

Opinion: This excessive violence was not an accident

More than 70 people dead; a thousand injured. That was the bloody outcome of riots in Egypt following a soccer game in Port Said. The violence was not an accident, says DW's Loay Mudhoon. (02.02.2012)