Death toll mounts in Iraq after series of attacks

A series of attacks in Iraq has left dozens dead, the highest toll being inflicted upon the capital city, Baghdad. The fatalities come amid the worst levels of violence seen since 2008. 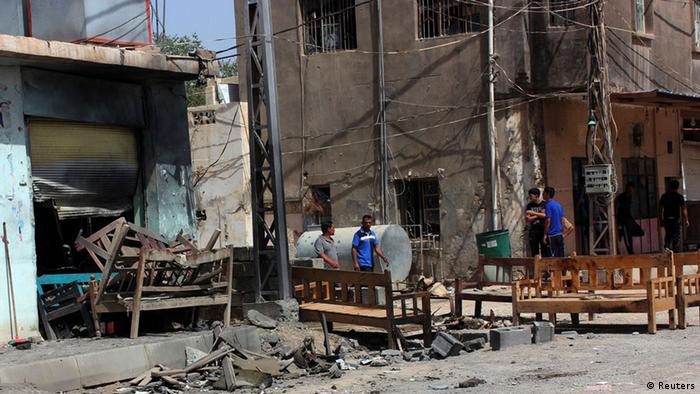 At least 45 people were killed and over 100 injured on Tuesday as a string of car bombs ripped through multiple cities across Iraq, according to Iraqi officials. There was no immediate claim of responsibility.

The worst attacks occurred in Baghdad, where police said bombings in the Shaab, Shula, Kamaliya and Hurriyah neighborhoods killed at least 25 people.

China nudges US out of Iraqi oil boom

After hundreds of thousands of deaths and a decade of US military presence, could China be the ultimate winner of the Iraq War? The Asian giant is expanding its share of the Iraqi oil market at the expense of US firms. (04.06.2013)

There were also reports of deadly explosions in the capital's neighborhoods of Amriya and Abu Ghraib, both of which have a predominantly Sunni population.

The culprits repeated the same tactic of attacking a crowded market place and then detonating a second bomb once rescue efforts began, according to authorities.

At least four people died in Baqouba, which lies 60 kilometers (37 miles) northeast of the capital, when a suicide bomber detonated explosives at a funeral. Police said over 15 people sustained injuries from the blast.

Shiite Muslims have borne the brunt of recent sectarian attacks, as Sunni-backed militia groups attempt to undermine the Shiite-led government. Baghdad province was the worst hit, with 258 killed and 692 injured in June.

More than 2,500 people have been killed in similar attacks across Iraq over the last three months, according to figures released by the United Nations on Monday.

The surge in violence has raised fears that Iraq could once again see death tolls comparable to those during its 2006-7 sectarian war, which occasionally passed 3,000 a month.