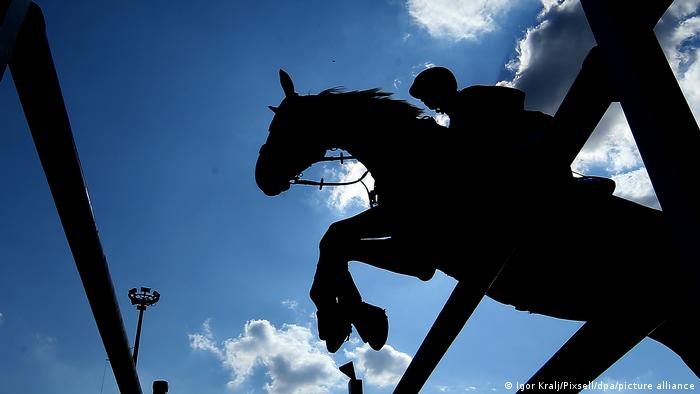 Fear is spreading in the world of equestrian sport: At a tournament in the Spanish coastal city of Valencia, several horses have been infected with a dangerous variant of the herpes virus and died within a short time.

The virus spreads quickly, treatment of the sick animals is difficult, and the prospect of a cure is slim. The outbreak is "probably the worst in Europe for many decades," said Sabrina Ibanez, secretary general of the FEI (Fédération Équestre Internationale). A total of about 750 horses were competing in the competitions in Valencia.

"It's very bad," Otto Becker, Germany’s national show jumping coach, also confirmed in an interview with DW. "There are a lot of vets on site looking after the animals. It's really been a disaster what happened there." 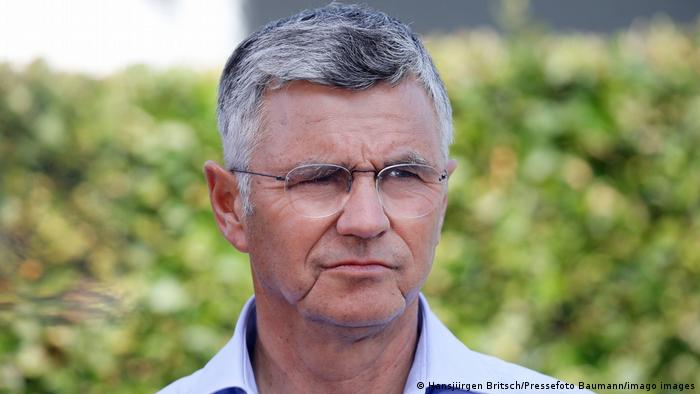 Herpes is not uncommon in horses. Many horses are carriers of what is known as equine herpes virus (EHV), which comes in four different strains. The equine variants are not contagious for humans.

"Especially in the spring, you hear about smaller outbreaks every now and then. Our horses are all vaccinated against it, too," continued Becker, who runs a riding stable himself. But the virus variant in Valencia is unusually aggressive, he says. "Vaccination seems to help only to a limited extent.”

In the variant of the herpes strain EHV-1 that occurred in Spain, the virus affects the central nervous system. Initially, the animals have only a slight fever, but later paralysis can occur, and the sense of balance can be impaired. The cause is often a haemorrhage in the spinal cord. At some point, the horses can no longer stand on their own legs and must be straightened with harnesses so that they can be treated.

If a horse survives the disease after being administered cortisone, lasting damage often remains, which means competitive sport is then out of the question.

The situation in Valencia is bad enough. Videos on social media show how the dead animals are transported away. The owners of the horses that have already died and the sick animals that are still being treated are making serious accusations against the world federation. The latter has done too little to contain the outbreak and, above all, reacted too late, they say.

In addition, there is another problem: "We know that a large number of horses left the venue in Valencia without an official health certificate, which means they had an unknown health status," says FEI Secretary General Ibanez. "Some horses were already sick, and the risk of transmission through these horses is a big problem."

This also affects German squad rider Sven Schlüsselburg, two of whose horses tested positive. "He had already left Valencia for tournaments in Doha a week before the outbreak," Otto Becker told DW.

"Then, when the outbreak became known, his horses were separated there. One horse had a slight fever on Tuesday, but it's probably a mild case. We hope that nothing will follow and it won't get any worse." 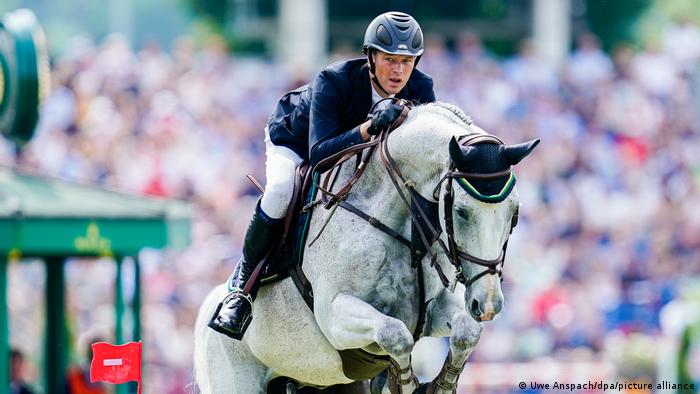 On Monday, the FEI reacted by cancelling all international shows in Germany and nine other countries until March 28. The German Olympic Committee for Equestrianism (DOKR) also acted and closed the federal base in Warendorf to outside horses, and all upcoming national tournaments in March were also canceled.

"We all want to do our part to contain this virus as quickly as possible," said Soenke Lauterbach, secretary general of the German Equestrian Federation (FN).

Otto Becker welcomes the measures, but does not want to rule out the possibility that - in addition to the difficulties and restrictions that already exist because of the ongoing COVID-19 pandemic - the herpes virus could also cause problems in international equestrian sport for even longer. Perhaps even all the way to the Tokyo Olympics.

"If we manage to contain the outbreak quickly, I can imagine that things will go back to normal at the beginning of April. Then I don't see a problem for the Olympics either," Becker said in an interview with DW, but he doesn't want to look that far into the future just yet.

"The next decision will be: can the World Cup final in Gothenburg [Sweden] take place in the first week of April? Only after that comes the question of Tokyo. But certainly no one can say anything about that at the moment."