Muslim Brotherhood supporters of ousted Egyptian President Mohammed Morsi have clashed with his opponents in the capital, Cairo. Security forces have responded with gunfire and tear gas. 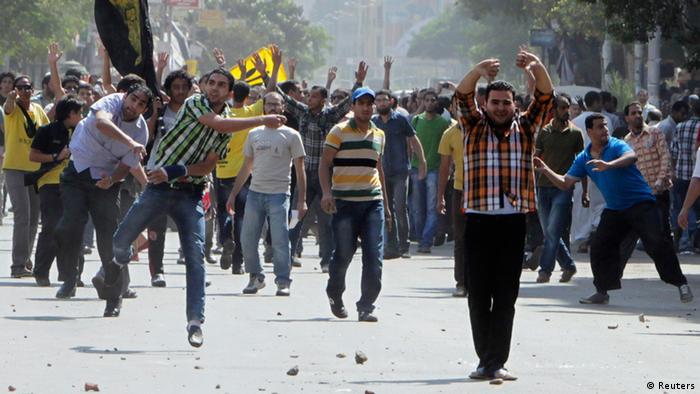 The clashes occurred after supporters of ex-President Morsi, who was deposed on July 3, took to the streets to demand the end of army-backed rule.

Fighting between Morsi backers and opponents broke out in the Maniyal and Shubra districts while thousands of his supporters marched in protest after Friday prayers.

Troops sealed off Cairo's Tahrir Square with tanks and barbed wire as the marchers approached from several districts with plans to converge on the central plaza.

Morsi supporters and local residents threw stones at each other during the march. Riot police had earlier used tear gas to turn back the protesters.

Reuters news agency also reported that an Egyptian army vehicle fired live rounds towards Brotherhood members who had been pushed away from Tahrir Square by security forces.

The Muslim Brotherhood, from which Morsi hails, has been banned by court order, and many of its top leaders have been arrested in an attempt to undermine what is Egypt's oldest Islamist movement.

Egypt has been in the grip of political and economic turmoil ever since Morsi, the country's first freely elected president, was overthrown by the army after mass protests against his rule. Hundreds of people have been killed in clashes between his supporters, opponents and security forces.