Three near-simultaneous blasts in downtown Nairobi have killed at least six people, according to Kenyan officials. The blasts occurred in an area known for its large Somali population. 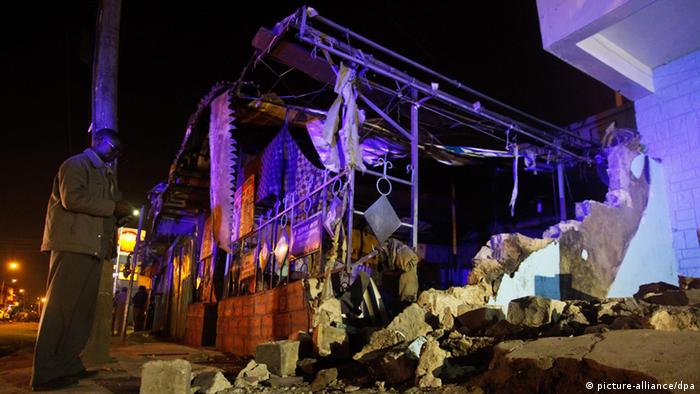 "We are here at a crime scene. Of course we suspect it is a terrorist attack," Nairobi police commander Benson Kibue told reporters. "The injuries number 25 - they are in various hospitals - and we have retreived six bodies."

Police were working to determine the nature of the explosives used in the attack. Kibue said one of the blasts may have been caused by a homemade bomb. Witnesses at the scene described the attack as involving one or more grenades.

There was no immediate claim of responsibility for Monday's blast.

The neighborhood, sometimes called Kenya's "Little Mogadishu," has seen a number of grenade attacks over the past year.

On Sunday, a man suspected of assembling a bomb was killed when it went off in the neighborhood near Eastleigh where he lived, according to Kenyan newspapers.

Previous attacks in the area have been blamed on Somalia's Islamist al-Shabab, the group responsible for an attack last year at a Nairobi shopping mall that left at least 67 people dead.