Day of the Imprisoned Writer: Why persecuted authors need our support | Culture | Arts, music and lifestyle reporting from Germany | DW | 15.11.2016

Day of the Imprisoned Writer: Why persecuted authors need our support

Initiated by PEN International's Writers in Prison Committee, the Day of the Imprisoned Writer is observed every year on November 15 to draw attention to the cases of imprisoned or persecuted authors. It is also a day to commemorate writers who were killed for expressing their opinion.

The numbers revealed by the International Writers in Prison Committee in London offer a dark assessment of the situation of freedom of expression worldwide: In 2015, 1,054 authors were attacked, imprisoned, tortured or killed. DW offers information on the special page dw.com/freedomofspeech. 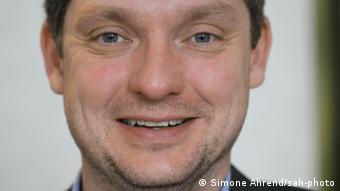 Vice-President of PEN Germany and representative for the Writers in Prison Committee, Sascha Feuchert

DW: Mr. Feuchert, what do the five cases highlighted by PEN International for this year's Day of the Imprisoned Writer have in common?

Sascha Feuchert: They are five people who were all intensively committed to freedom of expression and who were to different degrees punished for it, whether in Turkey, China, Israel or Honduras.

According to your observations, where is freedom of expression most threatened in the world?

Based on the numbers, Turkey is the country where the most authors are currently imprisoned. It is also the country we are monitoring the most closely at the moment, because the situation is deteriorating there practically every day.

Why do powerful people fear the opinion of others, even though they are the ones in power?

I think dictatorships are dependent on the fact that no opposition may be allowed, no matter how small it is. Every voice of opposition creates a small crack in the wall. This is why people who exercise their right to freedom of expression are being persecuted so systematically. This follows the logic of a dictator and dictatorships.

Coming back to Turkey, what could break the arrogance of power? 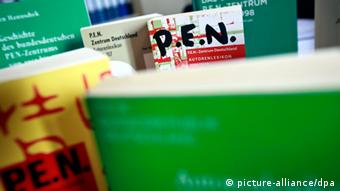 Working to protect freedom of expression worldwide: the PEN center in Darmstadt

The only thing that can help in principle is that local journalists continue to do their work and keep articulating their opinions in order to counter President Erdogan's efforts to turn the country into an autocracy. It is just as important that we support them in doing this, too.

By providing a forum to draw attention to what is happening to them, and by constantly calling on our governments to refuse to accept the situation in Turkey.

This call on our politicians to interfere is not new. Is it being heard and applied?

I have the impression that the German government is doing more now. We have been calling on Chancellor Angela Merkel to react for weeks now. This has finally succeeded, after the latest developments against the Turkish daily "Cumhuriyet." We were hoping to see this happen earlier, but we see that Foreign Minister Steinmeier and others are clearly positioning themselves now - and that's a good thing.

Germany was a guest of honor at the International Book Fair in Istanbul. Can this have an impact?

The impact is not clear yet, but I can say that I am very glad and proud that German authors have taken the opportunity to show their solidarity with their Turkish colleagues there and to express their opinions clearly. We will have to wait and see if this will have any long-term consequences.

Professor Sascha Feuchert, born in 1971, is the Writers in Prison representative and the vice-president of PEN Germany.