The lawyer of Zhanna Nemtsova, the daughter of slain Russian opposition politician Boris Nemtsov, says she has left the country. In an open letter, she has blamed state propaganda for her father's death. 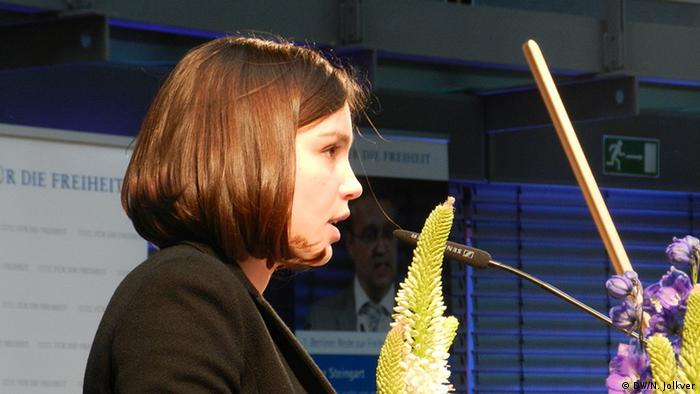 "Russian propaganda kills," Nemtsova wrote in a column published Tuesday in the business daily Vedomosti, saying that responsibility for her father's death was shared by journalists working for state-controlled TV stations who had described him and other opposition figures as "national traitors."

Boris Nemtsov, 55, an outspoken critic of President Vladimir Putin, was shot dead in late February while walking on a bridge near the Kremlin in Moscow.

"Putin's information machine - similar to those in Nazi Germany and Rwanda - is using criminal methods of propaganda, and sowing hatred that generates violence and terror," she said, adding that people "infected with hatred begin commiting new crimes on their own initiative." 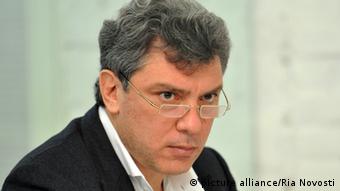 She urged the West to impose sanctions on those involved in "criminal propaganda."

Nemtsova is herself a journalist working for Russian business TV news channel RBK.

Her lawyer, Vadim Prokhorov, has told AFP news agency that the 31-year-old has left Russia for Europe indefinitely, saying she was not safe in what he described as "an atmosphere of terror."

Nemtsova confirmed her departure to the news agency, but gave no further details. RBK has also confirmed that she had recently quit Russia amid threats.

Five Chechen men have been detained by investigators on suspicion of carrying out Nemtsov's killing.

A member of a Russian human rights commission has said Zaur Dadaev, the main suspect in Boris Nemtsov's killing, has signs of torture on his body. He said he believes Dadaev was forced to confess to the shooting. (11.03.2015)