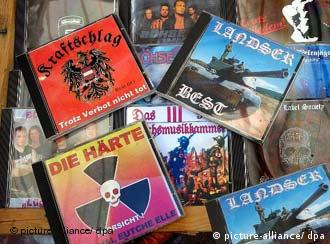 Two men accused of being neo-Nazis lost a court battle to stay in Denmark. A Danish appellate court has ruled that the two men -- a 34-year-old German and a 33-year-old Dane -- must be extradited to Germany, DPA news agency reported.

Both men deny the charges and have indicated they will appeal to Denmark's highest court in an attempt to stop their extradition.

In Germany, the men face charges relating to belonging to a criminal organization and incitement of racism.

The men, identified only as Flemming C. and Stephan G., were arrested in August north of Copenhagen in an international police effort to crack down on the far-right extremist music scene.

Police crack down on extremist music 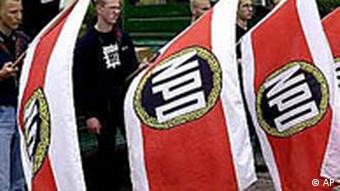 The men allegedly have connections to Germany's far-right NPD party

The men, allegedly operators of the rightist music distributor Celtic Moon, reportedly produced as many as 100,000 illegal copies of music. German investigators say the two men are key figures in the far-right music scene and have links to leaders of the far-right National Democratic Party (NPD).

The men were allegedly involved in financing, commissioning and distributing music deemed illegal because of its extremist content. German investigators say the pair has a partner in Australia, who allegedly copied the CDs and sent them to Denmark for distribution in Europe.

Denmark says it will extradite two men arrested as part of a major international crackdown on right-wing music. The men reportedly produced as many as 100,000 illegal copies under the record label Celtic Moon. (07.10.2008)

Two key figures in the right-wing music scene have been arrested in a major international operation. Police say the arrests, which follow three years of investigations, are a major blow to the extremist scene. (27.08.2008)