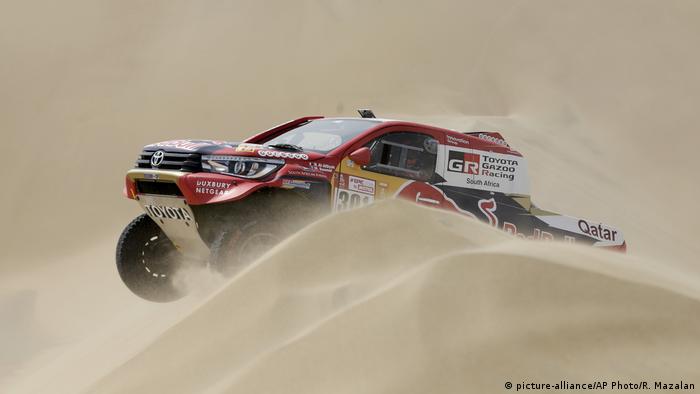 The opening round of the Dakar Rally saw defending champions Peugeot left stunned, as two-time winner Nasser Al-Attiyah of Toyota swept across the short 31-kilometer (19-mile) stretch of desert between Lima and Pisco in just 21 minutes and 51 seconds.

The Qatari finished 25 seconds more quickly than his Toyota teammate, Bernhard ten Brinke of the Netherlands, and with 34 seconds in hand over Peru's Nicolas Fuchs, driving for Borgward.

Nine-time world rally champion Sebastian Loeb of France had a miserable opening to the Dakar Rally, however, finishing down in 29th place, losing 5 minutes and 37 seconds to Al-Attiyah.

Loeb said that his brakes had failed just three kilometers into the stage. "We went slowly, doing our best not to get stuck or bogged down," the Frenchman said. "There were dunes with steep descents, so I had to stop accelerating 200 meters before that to avoid any risks." 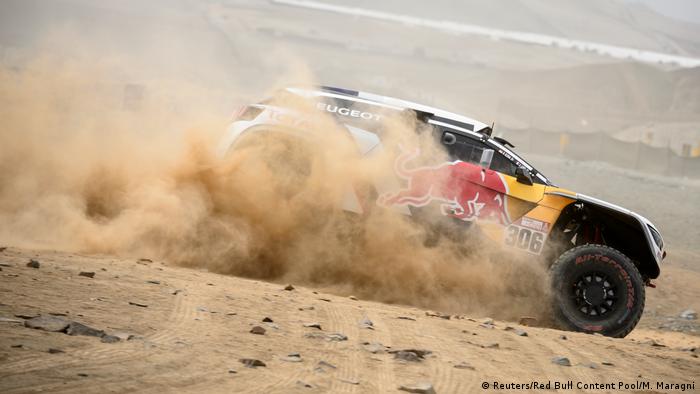 "I didn't have a good feeling," said Peterhansel. "The sun was high and I couldn't see the other sides of the dunes. So I preferred to be safe. We will have to wake up."

In the motorcycle race, Britain's Sam Sunderland got his defense off to winning start, completing the desert sprint in 20 minutes and 56 seconds, with his closest rivals needing at least 30 extra seconds.

Sunday's round will see the drivers once again race in and around the town of Pisco, before moving on to San Juan de Marcona, also in Peru, on Monday.

Across all categories, the Dakar Rally pits 523 entrants in a race across some 9,000 km of South American desert over two weeks, with the final stage ending in the Argentine city of Cordoba on January 20.

Originally the Paris-Dakar rally ran from Paris, France, to Dakar, Senegal. However, security threats in Mauritania saw the rally moved to South America in 2009, where it has been held ever since.