Düsseldorf residents ordered to pay up for 'Hitler asphalt'

Residents in western Germany were sent a bill for the construction of a road that began during the Nazi-era. Now a judge has ruled that they must pay costs of up to 14,000 euros. 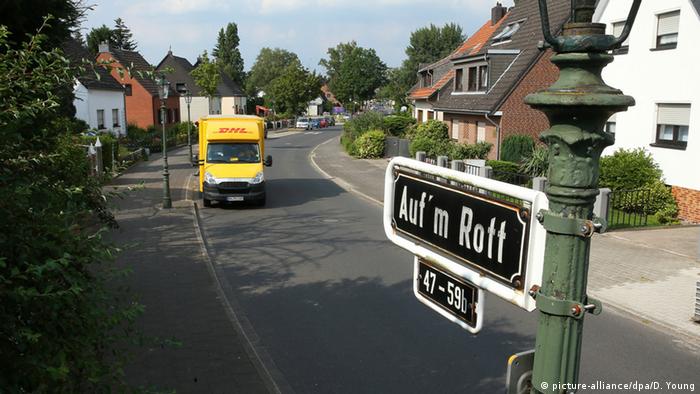 A Düsseldorf court on Thursday ordered a number of homeowners to pay for a road whose construction began back in 1937.

The judge in the proceedings, Stephan Barden, ruled that although the road was first built almost 80 years ago, the development hadn't been considered complete until 2009 with the installation of sidewalks. The addition of streetlights and drains, among other things had also held up the process over the years.

Residents who built their properties on the street in question were therefore found to have built on land that was technically still under development. As a result, they must contribute towards the cost of the road surface, which the German media has nicknamed the "Hitler asphalt."

Bills for the construction, which residents first received back in 2013, were converted into euros from Reichsmarks (Germany's currency during the Nazi-era) and adjusted for inflation. The cost of the road's asphalt is believed to be up to 14,000 euros ($15,500) per household.

Residents whose properties did not face directly another house across the street were granted a discount and only had to pay for their portion of the road.

'The bill needs to be paid'

Judge Barden said that, while no construction project today would be undertaken over such a long time period, the bill is still legitimate. "The bill needs to be paid once the job is finished," he said. Barden also said that there was no statute of limitations on the bill for the construction.

Local residents hit with the bill, took the decision gracefully, saying, "If that is how it is, then that is it."