Czechs Stick It to the EU with Sugary Video | Europe| News and current affairs from around the continent | DW | 07.09.2008

Czechs Stick It to the EU with Sugary Video

Czech President Vaclav Klaus, an outspoken EU critic, once warned that his nation would dissolve in the European Union like a sugar cube in a cup of coffee. 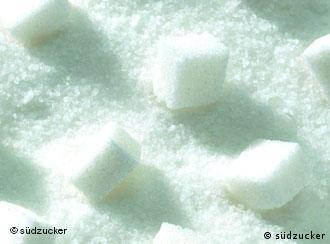 The 30-second video, unveiled by Prime Minister Mirek Topolanek and his deputy for European affairs Alexandr Vondra, is meant to draw the public's attention to the six-month Czech presidency starting Jan. 1.

The clip, airing on nationwide television since Thursday, says nothing about Prague's agenda for the 27-nation bloc.

Instead, critics argue, it's a rebellious yet toothless jab at Brussels that gives a telling glimpse into a small nation's insecurities.

The video shows Czech celebrities playing around a conference table with an old Czech invention -- sugar cubes. Like impatient schoolchildren, they are naughty, bored or absent-minded. 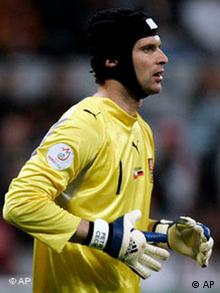 To the sound of Europe's anthem, Beethoven's "Ode to Joy," ice hockey star Jaromir Jagr shoots a cube with a spoon to football goalkeeper Petr Cech.

A ballerina spins one into a pirouette, an architect stacks them up and fashion model Tereza Maxova gulps one down.

Then, in an apparent echo of Klaus' statement, conductor Libor Pesek drops another cube into a cup of coffee, causing the brown liquid to splash.

"We will make it sweet for Europe," says the punch line.

The idiom has a double meaning in Czech: sweetening, but also to give someone a hard time.

"It clearly conveys the Czech ambivalence toward the EU," said Daniel Koppl, editor-in-chief of Media and Marketing journal. "We do what the EU wants, but we also show off as grand and brash."

The subversive streak was best captured in the famed Czech novel "The Good Soldier Svejk," a satirical anti-war book by Jaroslav Hasek published after World War I in the 1920s.

Simply put, Svejk dodges the Habsburg Empire's war machine with idiocy -- whether pretended or genuine is up to the reader to decide. 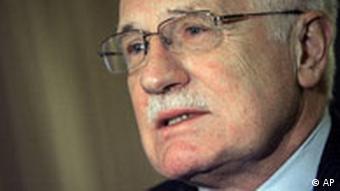 Klaus is known as a Euro-critic

Czech officials stressed the video clip's positive intentions, but hints by vice-premier Vondra at the presentation suggested that the publicity campaign is in line with the Svejk tradition.

Sugar cubes, the Czech ammunition during the country's EU presidency, were invented in 1841 in the southern Czech town of Dacice by Swiss-born businessman Jakub Krystof Rad. Switzerland, of course, is not an EU member.

Moreover, the Czech Republic's sugar industry was forced to shrink when the country agreed to lower sugar production in its deal to join the EU in 2004. More cuts followed with the bloc's sugar reform.

"It's a paradox," Jan Zahorka of the Czech Agriculture Chamber said of the video. "Our entry into the EU ... meant that we turned from a sugar exporter into a sugar importer. How symbolic."

Sugar industry captains, still upset about the EU quotas, applauded the government for sticking it to Brussels.

"I find it funny, like a typical Czech," said Oldrich Reinbergr, who heads the largest Czech sugar refinery, Cukrovary TTD AS. "We could have dissolved in Europe but instead we will sweeten it up for them," he mused. "Europe will certainly get the message."

So what should Europe expect from Prague's sugar cube? More obstacles to ratification of the union's reform Lisbon Treaty? Pundits say it's just a storm in a coffee cup.

Click on the link below to watch the video.

Dossier: Getting the Hang of the EU

Feel like the European Union is hard to grasp? Try taking a fresh (and slightly humorous) look at it with this special collection of articles.

German Chancellor Angela Merkel and Czech Prime Minister Mirek Topolanek expressed optimism that the European Union reform treaty, the Treaty of Lisbon, would be ratified, despite the Irish "No" vote last week. (25.06.2008)