The storm has killed several people in India and left a swath of destruction along the country's east coast. Cyclone Fani is now on its way to Bangladesh, where vulnerable districts were evacuated in advance. 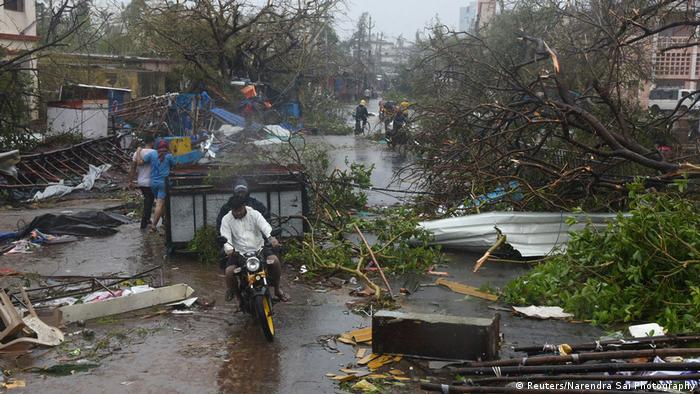 Cyclone Fani, one of the most powerful storms to come off the Bay of Bengal in the past decade, on Saturday moved over India's West Bengal state toward Bangladesh after leaving several dead and devastating regions along the east coast.

The death toll from the cyclone so far is uncertain, with local media reporting up to 12 fatalities in the state of Odisha, where the storm first struck, while officials have confirmed only three. They said more than 100 people were injured across the state.

Extensive damage has been reported from the seaside temple town of Puri, which lay directly in Fani's path, and in the state capital, Bhubaneswar. However, the famous Jagannath temple in Puri, a building from the 12th century, escaped damage. 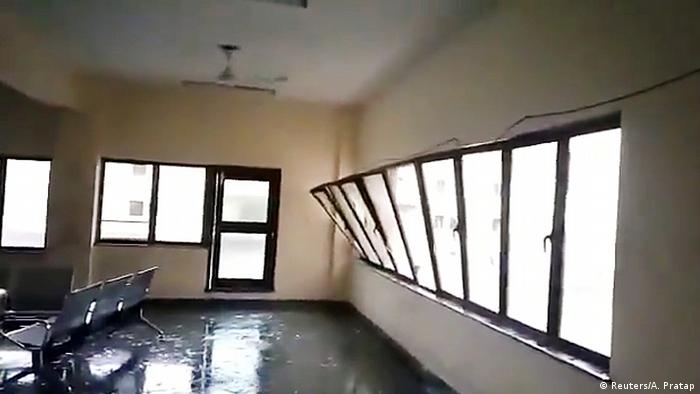 The cyclone entered West Bengal early on Saturday and was expected to reach Bangladesh to the north-northeast by early Saturday afternoon. After hitting the coast in Odisha state on Friday morning with wind speeds of up to 205 kilometers (127 miles) per hour, it has since weakened while traveling inland, now bringing gusts of up to 80 kilometers per hour, according to the Indian Meteorological Department.

However, the storm is still carrying torrential rain that has lashed the streets of the West Bengali capital, Kolkata, and is also likely to cause widespread damage in Bangladesh. There, a tidal surge breached embankments even before the storm arrived, inundating 14 villages on low-lying coastland.

The relatively low death toll is likely due to a massive evacuation operation in Odisha before the storm hit in which 1.2 million people left their homes to be accommodated in some 4,000 shelters.

Odisha experienced a major cyclone in 1999 that killed more than 10,000 people.

West Bengal and Bangladesh have also removed tens of thousands of people to safety.