Cuba to reopen twin of US Capitol building

Cuba plans to reopen a near-perfect replica of the US Capitol building in Washington, DC. The reopening carries a potent symbolism, coming as Cuba moves toward full diplomatic relations with the United States. 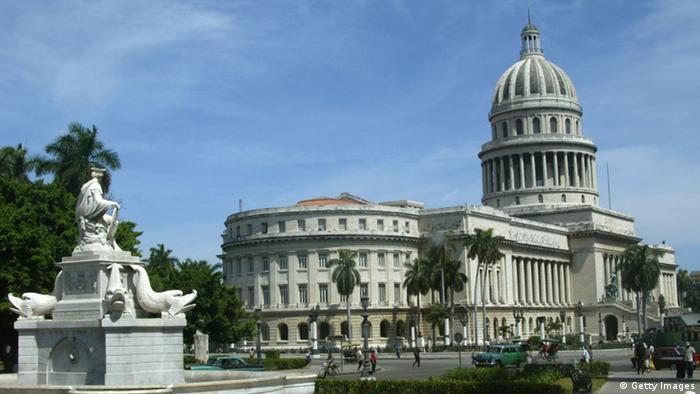 Fidel Castro's rebels swept into Havana 56 years ago this month and went to work purging the U.S. legacy from a capital that had been a virtual outpost of Washington. The Havana Hilton became the Havana Libre and the new government moved Cuba's legislature out of almost a perfect replica of the US Capitol building that had loomed over Havana for 30 years, a reminder of American influence.

The 300-foot neoclassical white dome later housed the Cuban Academy of Sciences and the Ministry of Technology, but then fell into disrepair. Drain pipes broke, paint yellowed and wide cracks opened in the gold-leafed dome, turning the building into an eyesore in the heart of historic central Havana. 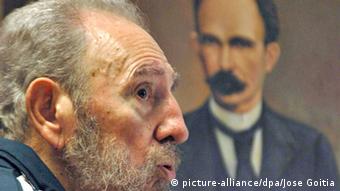 However, Cuba's National Assembly will move back into the capitol in March, thanks to the first phase of an extensive renovation project meant to restore the building to its former glory. The 600-member assembly meets twice a year to discuss and to approve proposals written by Communist Party leaders behind closed doors.

Opened in 1929, the Cuban capitol is smaller than its U.S. counterpart, but is taller and its dome is bigger. Inside are massive granite stairs and a gigantic Egyptian onyx statue of a maiden warrior that symbolizes the republic.

The partial relaxation of the U.S. embargo on Cuba will allow Americans to travel and put them in contact with ordinary Cubans, but on an honor system that wouldn't require them to obtain special permits from the U.S. beforehand.

Washington and Havana announced a historic bilateral rapprochement in mid-December in which Cuba agreed to free 53 political prisoners as part of a deal to end a five-decade standoff with the US.

Until now, at least 36 dissidents have been released. Most of them in the last two days, dissident leaders said on Thursday. The dissident Patriotic Union of Cuba (UNPACU) published a statement saying that 29 of its members were among the 36 released, and it said almost all of those freed were released on condition that they report regularly to the authorities.

However, the State Department spokeswoman Jen Psaki neither specified how many prisoners were freed nor their names and Havana has yet to comment on the sensitive matter.

A Cuban dissident group has said nearly 40 opposition activists have been freed in the last two days. The development is said to be part of a deal between Washington and Havana. (09.01.2015)