When Bavaria’s Christian Social Union holds its annual closed conference, politicians in Berlin take notice. It’s always sure to deliver some provocative statements – and this year things are more complex than usual. 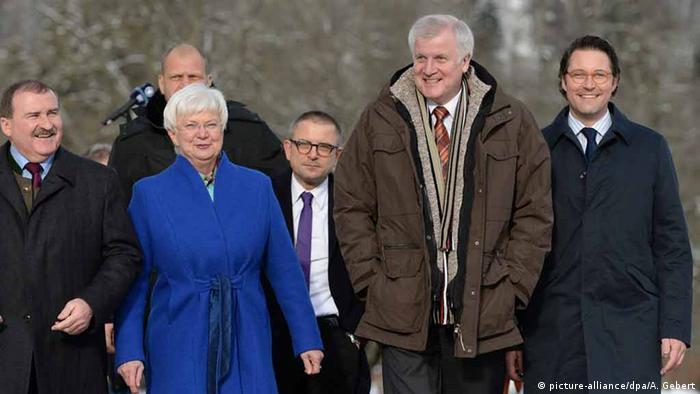 “There should be no democratically legitimated party to the right of the CSU.” So said Franz-Josef Strauss, the legendary chairman of Germany's Christian Social Union (CSU), the sister party of Angela Merkel's Christian Democratic Union (CDU), in the 1970s.

According to this axiom, the CSU's primary task at the moment should be to provide a response to the right-wing populist Alternative for Germany (AfD). So far, however, that hasn't been working out too well. For months now the AfD's opinion poll ratings across the country have been a constant six to seven percent.

This meeting won't provide a combative response, either. The CSU leader, Horst Seehofer, considers this entirely inappropriate. “That really doesn't concern me,” he said at the opening of the party's annual closed conference in the Upper Bavarian town of Wildbad-Kreuth. “We have our own, clean politics, and that's what we'll be promoting among the people,” Seehofer continued.

Seehofer's strategy seems to be try, at least, to avoid talking up the AfD unnecessarily. Content-wise, however, the contest has begun. “We're listening very carefully to the people, to what matters to them,” said Seehofer, thereby throwing out a verbal lasso to draw the far-right contingent back into the fold.

The thrust of populist-sounding statements like these is, on the one hand, typical for the CSU. Nor are such statements new: It was here, one year ago, that the party came up with the slogan “If you cheat, you're out.” However, with the AfD in the background they acquire additional weight, as the AfD thrives on people's impression that no one is paying attention to their problems.

Stimuli from the Alpine foothills 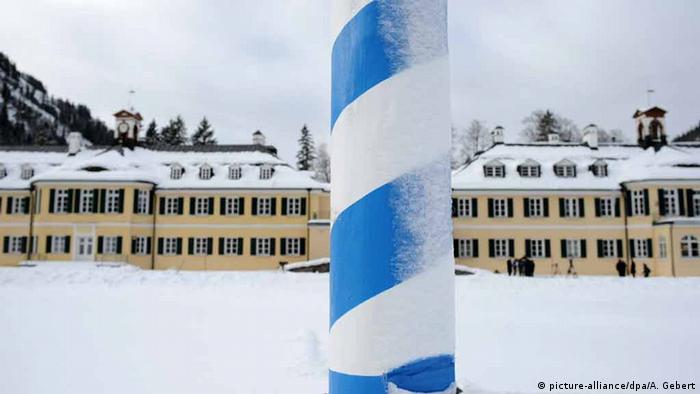 The CSU conference lasts for three days, and it is taking place this year for the 39th time. The sun even broke through the clouds briefly as the CSU politicians arrived, illuminating the little yellow Bavarian palace in the narrow Alpine valley, surrounded by snow and dark spruces.

But the idyllic atmosphere was marred by the news from Paris, where on Wednesday morning twelve people were killed in a terrorist attack on the offices of a satirical magazine. “That is absolutely shocking. One can only condemn such a barbaric act,” said Seehofer, responding to the news shortly after his arrival.

"“Take a stance, provide stimuli” – this is the task for the CSU in Wildbad-Kreuth, said the head of the party's parliamentary group, Gerda Hasselfeldt, at the start of the conference. Party chairman Seehofer was then the first to take a stance. He will not, he said, stand again for the Bavarian premiership in 2018. The news is not altogether new. He's given numerous indications that he intended to step down, but it wasn't definite until now. Seehofer said he wanted to win the general election in 2017 alongside Angela Merkel and then step down. There's no indication who will succeed him: This decision is presumably one Seehofer will make close to the time.

An important topic at this CSU conference will be the record numbers of refugees arriving in Germany. Seehofer praised the solidarity shown by both the people and the local authorities. Now, he said, it was important to see that there was more justice. The federal government had, he said, created 300 additional jobs to speed up the processing of asylum applications. For their part, the federal states now had to deal with the refugees who have no prospect of being granted asylum because their countries of origin are deemed to be safe. This, Seehofer said, meant that these refugees should be swiftly deported, as soon as possible – it was also “what the people expect.”

Seehofer did not repeat the proposal the CSU put forward just a few days ago for a six-week turbo asylum procedure. According to the federal office concerned, people from Serbia can be deported after just four weeks. The spokeswoman of the Federal Office for Migration and Refugees said that an additional group of employees set up for this purpose had been shut down. Yet processing the other applications still takes, on average, 4.9 months. The target time, according to the coalition agreement, though, is just three months. Refugees from Syria and Iraq are exceptions to this rule: Their asylum applications are decided on after just two weeks.

Seehofer did, however, make a little foray into the refugee question after all. It was, he said, the job of politics, also in the European Union, to help improve the situation for refugees in their home countries. It was better, he said, to help there rather than to encourage migration flows.