Crowded Malta struggles to cope with illegal immigration | World | Breaking news and perspectives from around the globe | DW | 13.02.2010

Malta has difficulty coping with illegal immigrants from Africa. DW spoke with H.E. Dr. John Paul Grech, the Ambassador of Malta to Germany, on the issue, the role of the EU and the European Asylum Support Office. 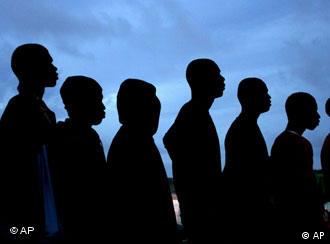 His Excellency Dr. John Paul Grech has been the Ambassador of Malta to Germany since October 2005. Prior to that, he occupied various positions in the Ministry of Foreign Affairs, including that of a special envoy of the government of Malta to the EU.

DW: How has Malta coped with illegal immigration from Africa?

How can the EU help Malta tackle illegal immigration from Africa? 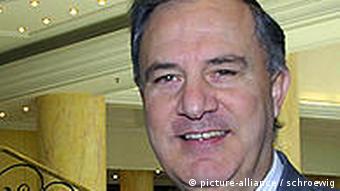 Malta has been working towards establishing the principle of burden-sharing. Malta considers this to be a phenomenon, which is of interest to Europe. Therefore, it has approached the issue from a two-pronged viewpoint. On the one hand, it is very much in favor of adhering to our international obligations and promoting legal migration; and on the other hand, it is very much aware that the European Union has to embrace its responsibilities in assisting Malta in the context of burden-sharing.

The EU has chosen Malta to host the European Asylum Support Office (EASO). What is the reaction in Malta?

We are extremely pleased that Malta has been chosen to host the EASO, which is an office meant to address the problem of illegal immigration, tackle the administrative side of it, and also work within the European Union in order to address this issue in a more constructive manner.

It is a point of satisfaction that Malta has been chosen because it reflects that the European Union sees Malta as being at the heart of the problem. It is receiving an enormous amount of immigrants, and therefore its experience and hands-on knowledge of what this is all about probably has been the reason why the European Union chose Malta to host the EASO.

Since 2004, Amnesty International has repeatedly condemned immigrant detention centers for being "overcrowded and characterized by poor hygiene and inadequate healthcare." What is being done to improve the conditions? 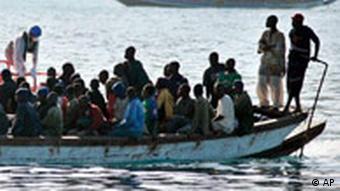 Well, Malta has been very transparent. We have had several international authorities coming over to visit us to see the context of the problem as it is affecting Malta. We have always maintained that help was needed given our limitations.

What is being done to ensure that migrants who obtain the right to remain in Malta are successfully integrated into the society?

Well, all efforts. First of all, one has to see that Malta has a history of hospitality. It even folds within the ambit of its characteristics as a country with Roman Catholic values.

We do our best to see that those that are waiting for their own processes to be finalized are extended all the amenities required in the context or possibility.

Malta does its very best in order to safeguard and guarantee that these processes are done in the most expeditious way possible.

Listen to this DW interview with John Paul Grech, Ambassador of Malta to Germany