Three detectives, Kalumba, Salamisha and Chokbank, investigate after Peter's drug overdose. Was the cause of his death as obvious as it seems? Listen to this exciting series to find out... 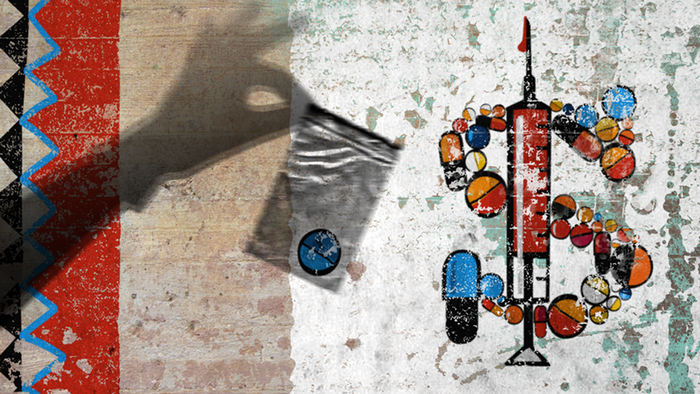 Peter, the son of a rich and influential family, dies from a drug overdose. When the autopsy reveals that he did not commit suicide but was poisoned, the three detectives Kalumba, Salamisha and Chokbank start their investigations and are drawn into a maelstrom of intrigue, greed and violence. To find Pete's murderer, they must descend into the world of counterfeit drugs where unscrupulous profiteers exploit the sick and desperate. Counterfeit medicine is sold cheaply and people are unaware of the threat it poses to their health. Several leads take the detectives to a famous doctor, a traditional healer, a pharmacist and all the way to the minister of health. As the investigation progresses, the detectives’ lives are threatened more than once. In the end, they are able to determine the extent of Peter's involvement with this dirty business and why he had to die.

Drugs to Cure, Drugs to Kill - Ep. 1: Death Has no Manners

Drugs to Cure, Drugs to Kill - Ep. 3: At the Precipice

Drugs to Cure, Drugs to Kill - Ep. 4: Things are Happening

Drugs to Cure, Drugs to Kill - Ep. 7: To the Mountaintop

Drugs to Cure, Drugs to Kill - Ep. 8: Surviving the Mountaintop