Creator of 'The Very Hungry Caterpillar,' Eric Carle, dies at 91

Carle has more than 70 books to his name, and was known for his signature colorful style of art. His family said he died on Sunday as a result of kidney failure. He is survived by a son and daughter. 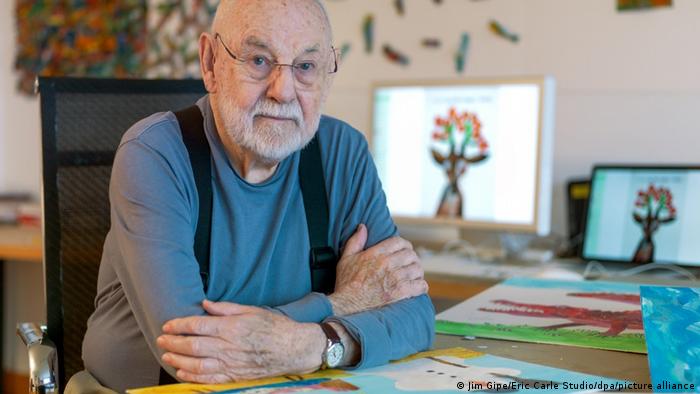 Carle had more than 70 titles to his name.

He is survived by a son and a daughter.

Carle passed away on Sunday, at his home in Northampton, Massachusetts. His son informed The New York Times that he had died of kidney failure.

He had more than 70 titles to his name, including Brown Bear, Brown Bear, What Do You See?, The Grouchy Ladybug and Papa, Please Get the Moon for Me.

But Carle's best known work would be The Very Hungry Caterpillar, which was published in 1969, translated into more than 60 languages, and sold more than 50 million copies. The story is about caterpillar that hatches from an egg, eats its way through different types of food, and then pupates before turning into a butterfly. To this day, the book is a staple for younger children: here's the Duchess of Cornwall reading from the book on a trip to a Coventry library this past Tuesday

Tributes poured in for Carle, including from author Peter H. Reynolds, who tweeted "Heaven just got more colorful."

Carle was born in 1929 in Syracuse, in New York state, to parents of German origins. They took him back to Germany in 1935 when he was 6. He returned to the United States in the 1950s, after studying at the State Academy of Fine Arts, Stuttgart. He had painful memories from his time in Nazi Germany, which made him want to return to the US. 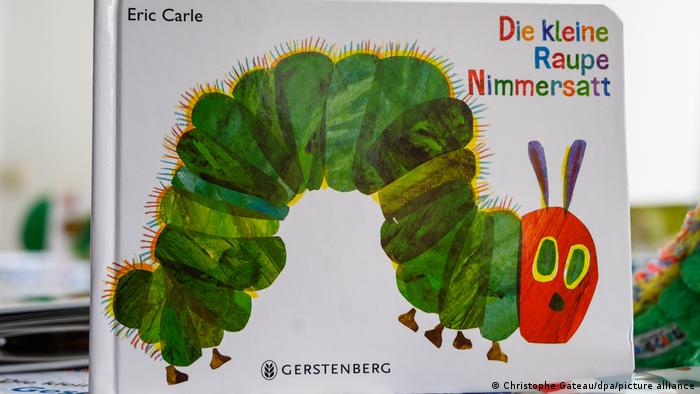 After working as a graphic designer with The New York Times he had a brief stint working in advertising. He was first noticed by author Bill Martin Jr., who noticed his drawing of a red lobster, and asked him to collaborate for a picture book.

Carle's signature artwork consisted of a collage of hand-painted papers, which were layered to form bright colorful images. He went on to write and illustrate more than 70 books, sometimes co-authored, but mostly as a solo writer.

The author was married twice. Along with his second wife Barbara Morrison, he founded the non profit Eric Carle Museum of Picture Book Art in Massachusetts.