Court Clears Way for German Election | News and current affairs from Germany and around the world | DW | 25.08.2005

An early general election in Germany will take place on Sept. 18 after the country's constitutional court judges on Thursday threw out complaints challenging the constitutionality of an early poll. 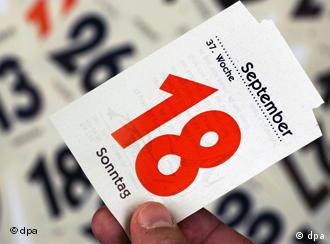 Election on: The court decided 7-1 in favor of early elections on Sept. 18

Germany's highest court on Thursday gave the go-ahead for an early general election, removing the final hurdle to the Sept. 18 poll.

The federal constitutional court ruled seven-to-one to reject the complaints of two lawmakers who had argued that Chancellor Gerhard Schröder's deliberate loss of a parliamentary no-confidence to bring the poll forward by one year violated Germany's Basic Law.

"The complaints are unfounded," the court's vice-president Winfried Hassemer said. "We have come to a clear decision."

"The court was seen as having had the choice between the plague and cholera," Hassemer said, acknowledging widespread fears that stopping the election would have plunged the country into political turmoil.

"The plague is the initiation of a state crisis with the court trying to stop the election campaign that is already sweeping the country. And cholera is the attempt to avoid a state crisis by bending the constitution. In this view, the court could only make mistakes."

But Hassemer said the court had eventually come to the conclusion that it could give the chancellor broad scope to determine himself whether he had a sufficient majority to govern without undermining important constitutional checks and balances.

Schröder announced in May that he would seek an early election to win a fresh mandate after his Social Democrats (SPD) suffered the latest in a humiliating series of state poll defeats. 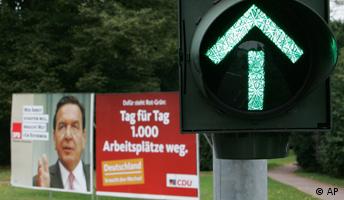 Germany's Basic Law only allows the federal president to dissolve parliament, so Schröder was forced to seek the no-confidence vote on July 1 to set the wheels for a new election in motion.

The vast majority of deputies from the SPD and its junior coalition partner, the Greens, defeated the confidence measure by following a request by party leaders to abstain.

Three weeks later, President Horst Köhler agreed to bring the election forward, saying the country needed stronger leadership to face its "immense tasks" including tackling unemployment, cutting the public debt and contending with an aging population with too few children.

"In this serious situation, our country needs a new government that can pursue its goals with continuity and emphasis," Köhler said. "The well-being of the people is best served with a new election." 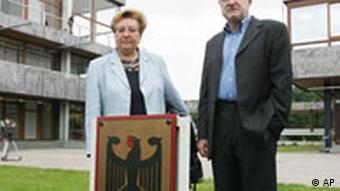 But the deputies who lodged the complaint, Jelena Hoffmann of Social Democrats and Werner Schulz of the Greens, argued before the court that Schröder clearly enjoyed the support of his coalition and called the vote "false".

But the court found that the state election debacles and fierce rows within the coalition over a tough social welfare reform package launched by Schröder made the chancellor's argument that his governing majority was endangered "plausible".

Hassemer added that the court did not have the means to

investigate the stability of the coalition and must thus rely on the federal chancellors' own interpretations.

If the judges had rejected the plan, Schröder could have hung on in office until the end of his four-year term, though he would have been weakened politically and could have faced pressure to step aside.

In an earlier ruling on Tuesday, the court dismissed an attempt by two small parties -- the Ecological-Democratic Party and the Family Party of Germany -- to stop the early election.

They were among a number of minor parties which had challenged the poll claiming that bringing the election forward by a year gave them too little time to prepare. 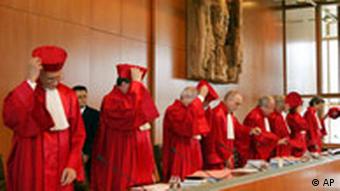 The Constitutional Court heard and rejected similar complaints in 1983 after then Chancellor Helmut Kohl called and lost a vote of confidence in parliament which triggered early elections that he won. His intention had been to get an even clearer mandate for a full four years.

The German public is very much in favor of going to the polls: According to a recent survey, 73 percent of the population believes the fresh elections are necessary.

Read the selection of background articles on how the election system works, what past elections have shown and why this year's election is more complicated than previous ones.

DW-WORLD takes you through the hot-button issues, explaining what's really at stake in this election and how the parties line-up across the spectrum.