A French couple that hid 271 works by Spanish artist Pablo Picasso for 40 years has been given a two-year suspended sentence. The case has made headlines in France and abroad. 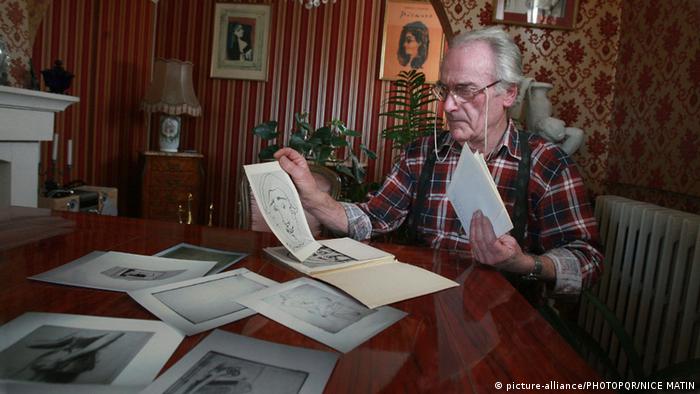 A French court in the Riviera town of Grasse handed down the two-year suspended sentence on Friday after finding former electrician Pierre Le Guennec (photo above) and his wife Danielle guilty of possessing stolen goods.

The couple was also ordered to return the works to Picasso's heirs.

The prosecution had asked for a five-year suspended sentence.

Pierre Le Guennec, now 75, who worked as an electrician on the last property the artist lived in till his death in 1973, had told the court during the trial that the works had been given to him in a box by Picasso's wife, Jacqueline, in the early 1970s.

"One evening, madame called me in the corridor while I was leaving and said to me: 'This is for you,'" he said, adding that he then had a brief look through the box's contents before putting it in his garage, not taking it out again until 2009.

The artist's heirs filed a complaint against Le Guennec after he tried to have the works authenticated at the Picasso Administration in Paris in 2010.

The heirs said that making a gift of so many works at once would have been extremely unlikely, and accused the Le Guennecs of having obtained them by fraudulent means.

The heirs have since determined that the works were executed by the artist between 1900 and 1932, but were surprised that they were not signed as was usual in the case of most of his works - a fact that was used by defense lawyers in the trial to plead the innocence of their clients.

The defense also argued that it would have been extremely difficult to steal the works, saying that the artist had "an amazing memory" and that his property was like a "fortress." 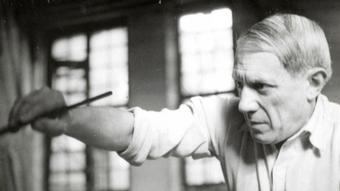 Picasso's works are among the most expensive in existence

The works, which include drawings of women and horses, Cubist collages from the period when he was closely associated with fellow painter Georges Braque and a work from his so-called "Blue Period," have been estimated at several dozen millions of euros (dollars) in value.

Although the court did establish that a close relationship existed between Le Guennec and Picasso, based on testimony from the artist's grand-daughter Catherine Hutin-Blay, one prosecutor accused the defendant of being involved in "the international laundering of stolen works."

But Le Guennec insisted throughout the trial that the box had been a gift made in friendship.

"Picasso had total confidence in me. Maybe it was my discretion," he said.

Stolen Picasso shipped to US as worthless 'handicraft'

A century-old stolen painting by the Cubist artist Pablo Picasso has resurfaced in the US. An attempt had been made to smuggle it into the country as craft of little value. (27.02.2015)

The Picasso museum in Paris has reopened following a renovation which took more than twice as long as scheduled. The official ceremony took place on what would have been the famed artist's 133rd birthday. (25.10.2014)