Could the Virginia TV shooting have been prevented? | Americas | North and South American news impacting on Europe | DW | 28.08.2015

Could the Virginia TV shooting have been prevented?

The shooting of two journalists in Virginia raises issues of race, mental health and guns. Could the tragedy have been prevented by stricter gun control? Spencer Kimball reports from Chicago. 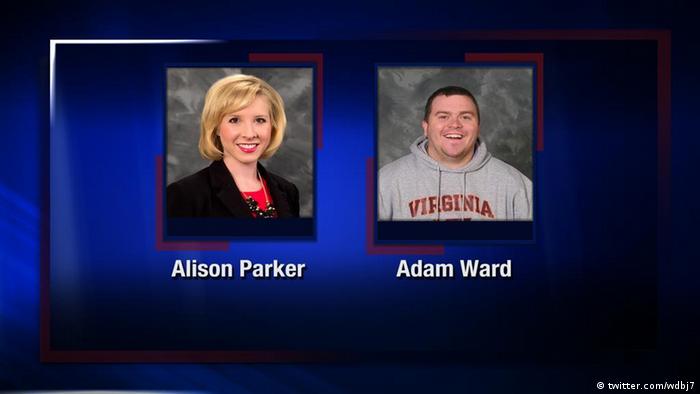 Vester Lee Flanagan, by his own admission, was a disturbed individual.

"Yeah I'm all f----- up in the head," Flanagan, 41, wrote in a 23-page document that he faxed to broadcaster ABC after shooting dead two journalists on live television in Virginia on Wednesday.

A former reporter at the local news station WDBJ in Roanoke, Flanagan had been reprimanded by his superiors for "lashing out," using "harsh language," and having "aggressive body language" that made "co-workers feel threatened or uncomfortable." He was told to seek medical help or risk termination. The internal memos detailing Flanagan's issues at work were obtained and published by "The Guardian." 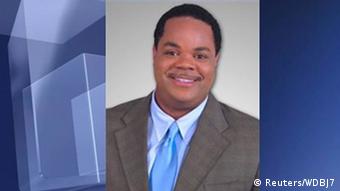 Flanagan's unstable behavior lost him his job on local TV

In 2013, WDBJ fired Flanagan, who had gone by Bryce Williams on television. Police had to escort him off the premises because he refused to leave.

In the document faxed to ABC, Flanagan described his state of life and mind before shooting Alison Parker, 24, Adam Ward, 27, and ultimately killing himself. A gay black man, Flanagan claimed to have been a victim of racism and harassment. He filed a lawsuit against WDBJ over his dismissal, alleging discrimination. A judge dismissed the case in July.

But Flanagan pointed to the killing of nine black people in a Charleston church by white supremacist Dylann Roof last June as the "tipping point."

"The church shooting was the tipping point…but my anger has been building steadily...I've been a human powder keg for a while…just waiting to go BOOM!!!!"

A powder keg who was able to purchase a Glock 19 semi-automatic pistol, one who was inspired by the Virginia Tech and Columbine High School massacres.

"Also, I was influenced by Seung–Hui Cho. That's my boy right there," Flanagan wrote, referring to the Virginia Tech shooter. "He got NEARLY double the amount that Eric Harris and Dylann Klebold got…just sayin."

In response to his daughter's murder, the father of Alison Parker vowed in a Fox News interview to make stricter gun control his life's mission. 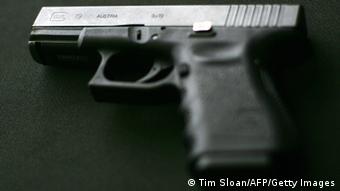 "I'm going to do something to shame legislators into doing something about closing loopholes and background checks and making sure crazy people don't get guns," Parker said.

Presidential candidates have also weighed in. While Democrat Hillary Clinton promised to fight for stricter gun laws, Republicans Donald Trump and Marco Rubio focused on the issue of mental illness, saying no law could stop someone like Flanagan from getting a gun.

According to "Buzzfeed," Flanagan purchased the Glock-19 legally and underwent a criminal background check. Right now, there's no indication that he had been diagnosed with a mental illness. And according to Johnathan Metzl, it would have made little difference in the end.

"There is no qualifying mental health exam pretty much anywhere in the United States that people have to undergo in order to obtain a gun," Metzl, an expert on gun violence and mental health at Vanderbilt University, told DW. "In this particular case, there isn't any kind of mental illness screening that would have stopped the shooting."

"As hard as it is to admit, people generally agree that it's very hard to prevent mass shootings, in part because the usual kind of mechanisms are not that effective," he continued. "If people really want to get guns in the United States, it's sadly not that hard for them to do so. And they can usually get them outside the usual checks and balances." 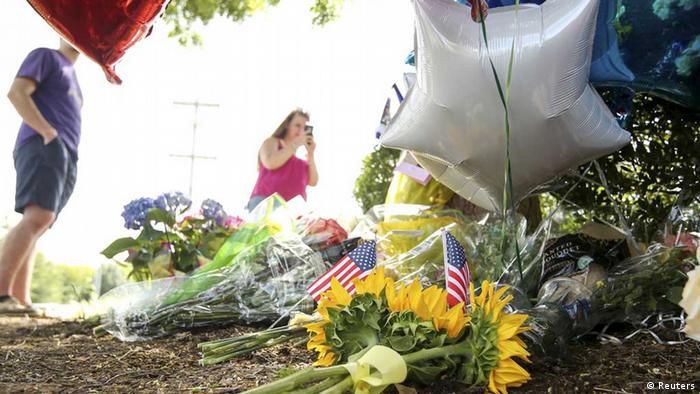 The shooting plunged the local broadcaster into mourning

Though tragedies like the one in Virginia are difficult to prevent, Metzl believes that gun violence in America can be reduced across the board. More than 30,000 people die every year in the United States from gun violence. In most of these cases, mental illness doesn't play a role, according to Metzl.

"Even as we address the mental health question, we also have to address the gun access question or else we're not going to make a dent in this plague of gun violence," Metzl said.

That means more stringent background checks, limitations on semi-automatic weapons like the Glock used in the Virginia shooting, and making it harder for people to get high-capacity magazines, according to Metzl. But the gun lobby, in particular the National Rifle Association, often stand in the way, he said.

"In the horrible mass shooting in Virginia - it was terrible, frightening, and hopefully will lead to change," Metzl continued. "And yet at the same time, two people died, and those are two precious lives lost. But we lose 33,000 people a year and most of those stories don't get told on the news."

Vester F, who on Wednesday shot dead two ex-colleagues on live TV, had been warned by bosses about his 'aggressive' conduct. He was later fired and had to be escorted from the building in a fit of rage. (27.08.2015)

Hours after a deadly on-air shooting of two TV journalists in Virginia, Wal-Mart, the United States' largest seller of guns and ammunition, said it would stop selling AR-15 semi-automatic rifles and similar weapons. (27.08.2015)

Two US television journalists have been shot dead while conducting a live, early-morning interview at a recreation center near the town of Moneta, Virginia. Video of the incident has been posted online. (26.08.2015)