Could Taiwan's democracy serve as a model for China?

As Taiwan gears up for elections at the weekend, analysts ask whether it could serve as a model for mainland China, considering it has successfully demonstrated that democracy and Confucian values are compatible. 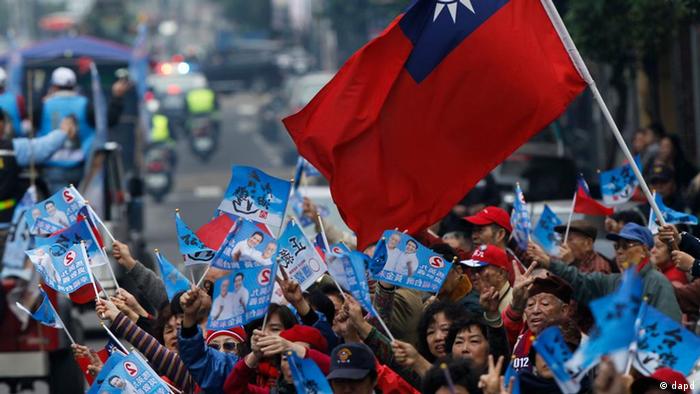 Taiwan has embraced democracy after a shaky start

His differentiation between Western and Chinese values is reminiscent of a debate triggered by the then prime minister of Singapore, Lee Kuan Yew, in the 1990s. He held Asian values such as diligence, thrift and respect for authority, and the fact that society came before the individual, as responsible for the economic miracle in East Asia. He said that Asian values and liberal Western democracy were not compatible. His stance received considerable support from Malaysia and the People's Republic of China.

"It was about legitimizing their own rule," said Gunter Schubert, Professor for Greater China Studies at Tübingen University. "About securing their own claims to power."

Taiwan, however, offers an example of stable democracy in a Chinese context. The opposition Democratic Progressive Party (DPP) was formed in 1986 and a year later the ruling Kuomintang lifted martial law. 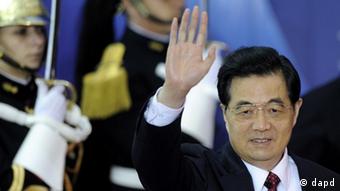 The first free presidential elections took place in 1996 with the Kuomintang losing power for the first time since 1949 four years later. The government has been voted out of power twice in the past 15 years and the upcoming elections could well lead to another change of government. The transition of power is likely to take place without any undue chaos or confusion.

Aurel Croissant from Heidelberg University is convinced that Taiwan’s impressive democratization process has had an indirect impact on mainland China. "Taiwan has shown that democracy and Chinese culture are not necessarily incompatible," he told Deutsche Welle. Moreover, it is proof that democracy does not have to be accompanied by chaos or economic decline.

However, according to Eberhard Sandschneider, the head of the Research Institute of the German Society for Foreign Policy, the sizes of the countries alone are one reason the People’s Republic will never consider emulating the Taiwanese model. With its 1.3. billion people, "there is another dimension in China, with very different mechanisms."

But in an essay published last September titled "Synthesizing Traditional Chinese Values with Liberal Democracy", the head of the Chinese Center for Overseas Social and Philosophical Theories, Lai Hairong, says a fusion that is "basically identical to that of China’s East Asian neighbors" will eventually emerge, citing Taiwan explicitly. When this may occur, however, he does not say.

Taiwan's upcoming general elections have been darkened by allegations that the incumbent president has misused his power to spy on the opposition. (04.01.2012)

Chinese and US defense officials meet, despite friction

Chinese and US defense officials met in Beijing Wednesday for their highest-level talks since Washington announced plans to up America’s military presence in the Pacific. (07.12.2011)

Leaders of both China and Taiwan mark the 100th anniversary of the revolution that toppled the last Chinese emperor with large scale celebrations, but their views of the future are still incompatible. (14.10.2011)