Could an Independent Kosovo Sustain Itself Economically? | Europe | News and current affairs from around the continent | DW | 12.02.2008

Could an Independent Kosovo Sustain Itself Economically?

Would an independent Kosovo be able to survive on its own? The World Bank hopes the country would be able to support itself through its coal deposits. Some economists are not convinced it will be that easy. 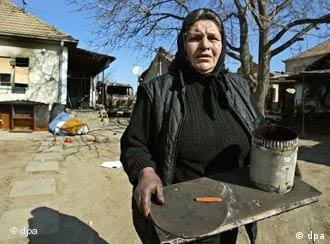 It could all happen on February 17. Observers are expecting Kosovo to declare its independence on Sunday. Independence will give the Albanian majority what it has been dreaming of: secession from Serbia.

However, behind all the hope and optimism which stirs in the province ahead of the declaration there is still some uncertainty over whether Kosovo -- known during the Cold War as "Yugoslavia's poorhouse" -- will be able to support itself economically as a new nation state.

Even today, Kosovo rates as one of the poorest regions in Europe. According to the World Bank, the average annual salary for the population is 1,243 euros ($1,803). It reports that 37 percent of the population lives in poverty and survives on less than 1.42 euros a day.

Those who suffer the most are the most vulnerable: the children, old people, families without male breadwinners, the disabled, the unemployed, and the non-Serbian ethnic minorities like the Roma. 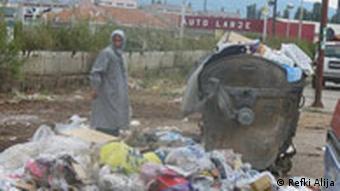 The optimism is tempered by skepticism

How can such a country survive economically? The skepticism increases in relation to the anticipation of imminent independence. "The secessionists ignore the economic realities," Ruth Wedgwood, a professor for international law and diplomacy at John Hopkins University in Baltimore, wrote in a commentary in The Wall Street Journal on Feb. 9.

Wedgwood is one of those who see Kosovo as having little to gain from independence. "Kosovo has coal, lead and a workforce, but it lies in a corner of Europe where only a few tourists ever go," she wrote. Politically, she added, there is no need for Kosovo to pursue independence now that Slobodan Milosevic is no longer in power.

Franz Kaps, the World Bank's special envoy to southern Europe until May last year, sees things in less pessimistic terms. Now an independent advisor to the bank, Kaps believes that it is Kosovo's coal reserves which will help support it through its transition to an independent state and beyond.

Electricity demand a lifeline for Kosovo? 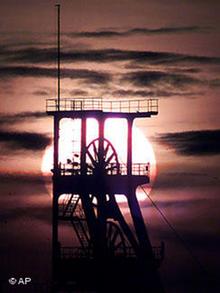 Kosovo's coal industry could be its economic savior

Southern Europe, the World Bank predicts, will need additional electricity of up to 4.5 gigawatts by 2012. Kosovo sits on an estimated 15 billion tons of coal. The potential for supply and demand is evident in these forecasted figures, but the state of Kosovo's coal industry will have to improve radically if the new state is to be the main provider of that extra power.

"If this succeeds, Kosovo could even become an exporter of electricity," Kaps said. However, the development of Kosovo's industry can only happen after political and juridical relations are made stable. "The most important stabilization factor would be that Kosovo and Serbia are brought into the EU," he added.

Until Kosovo gets on its feet, the country would have to rely on help from outside its new borders. The money which flows in from Kosovars in other countries is a main source of income to the province. According to estimates, about 450 million euros per year comes in from the Kosovar diaspora. "This is the source of Kosovo's traditional economic aid," said Karl Kaser, a professor for Southeast-European history at the University of Graz in Austria.

Donations and EU support could be key 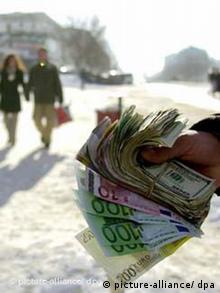 Kaser can remember a time when this flow of money was even greater. In the early 1980s, he visited the region and reported on a flow of cash coming from the north of Yugoslavia to the south. "At that time, one had the feeling that everything was improving," said Kaser. “Everywhere there were new houses and hotels being built. But then, in 1989, the political problems began."

Kaser believes it will be impossible for Kosovo to remain part of Serbia. A large part of Kosovo's population wants independence. But with independence, the new country can forget about any help from Belgrade. "Serbia has made it clear that it will not invest in an independent Kosovo," said Kaser. Kosovo's economic future lies with the EU and the creation of a stable government, he added.

For Kosovo to develop a coal industry capable of sustaining the new country, it would need to attract foreign investors. However, Kaser fears that any investors would be in it for a fast buck and that any profits would soon be taken out of the country.

Despite the uncertainty and obvious hard times ahead, Kaser looks forward with optimism, and with no small amount of gallows humor, to an independent Kosovo. "If you look at the situation," he said, "it can only really get better."

The refusal by Serbia's nationalist Prime Minister Vojislav Kostunica to sign an accord with the European Union led to protests in Belgrade as students rallied in support of Serbia's slow march to EU membership. (11.02.2008)

The European Union is finalizing preparations for a civilian mission to stabilize the situation in Kosovo, Germany's foreign minister said. Serbians said they will do everything the can to prevent Kosovar independence. (01.02.2008)

Kosovo's government will very soon give a clear statement on when it intends to declare independence, Prime Minister Hashim Thaci said during a visit to Brussels on Thursday, January 24. (24.01.2008)

Should the EU take responsibility for Kosovo's economic situation, given its support for its independence? Please include your full name and country with any reply.