Carlos Alvarado Quesada would like to see Costa Ricans stay home from work on December 1, the day a military ruler abolished the national army in 1948. Alvarado called the abolition "essential" to Costa Rica's identity. 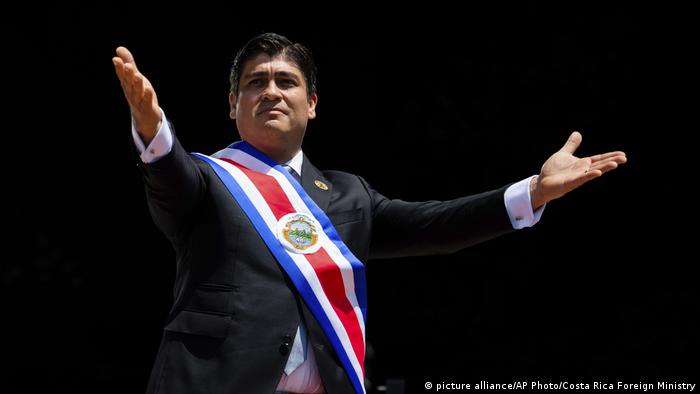 Days before Costa Rica is set to celebrate the 70th anniversary of the abolition of its army, President Carlos Alvarado Quesada voiced support for a new national work holiday to mark the defining historic moment.

"The abolition of the army is one of the most politically relevant decisions of our nearly 200 years of republican existence, and it is an essential part of our national identity," Alvarado said in a press statement, which he also shared on Twitter.

Only a handful of nations worldwide have no official national army.

Costa Rica's army was abolished on December 1, 1948 — the same year it had experienced a short but bloody civil war. The abolition was ordered by then president Jose Figueres Ferrer, who headed up a provisional military government but wanted to ensure that militarism would not undermine Costa Rica's future democracy. The army's abolition was grounded in the new constitution the following year.

The move to make December 1 a national holiday is being led by the National Liberation party, a left-wing party founded by Figueres. While the date has been officially commemorated since 1986, the current initiative would establish the holiday as a day off from work, which would require a change to Costa Rica's labor code. 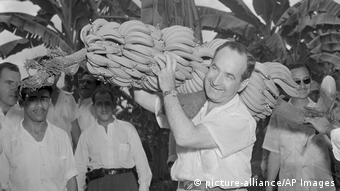 The December 1 holiday would replace October 12, a day of multicultural celebration.

In his statement, Alvarado added that "decarbonizing the economy and abolishing combustible fuels" was the present-day equivalent of abolishing the army.

The Costa Rican government will discuss the proposed initiative in the upcoming session of congress, which opens in December.

Current laws in Costa Rica that prohibit gay marriage have been struck down in a court ruling. Despite the court's decision, same-sex couples in Costa Rica may have to wait over a year to get married. (10.08.2018)

Costa Rica filed a complaint to the International Court of Justice over a military incursion by Nicaragua in 2016. It is the latest in a series of legal disputes regarding the border between the two countries. (17.01.2017)

Costa Rican voters are choosing the country's next president amid frustration over corruption scandals, the COVID-19 pandemic and poor economic conditions. Much of the electorate remains undecided.