The Portuguese forward will miss his country's international clash with Sweden on Wednesday, as well as Juventus' upcoming Serie A and Champions League football fixtures. 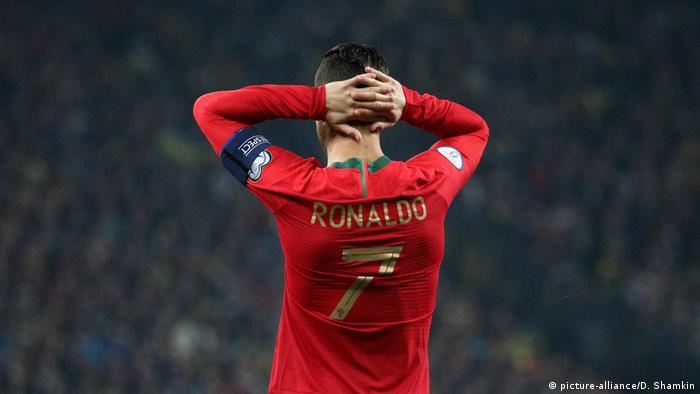 Soccer star Cristiano Ronaldo has tested positive for the coronavirus, the Portuguese Football Federation (FPF) said in a statement on Tuesday.

As a result, the 35-year-old will miss his country's UEFA Nations League match against Sweden on Wednesday, the federation said on its official website.

The former Real Madrid and Manchester United forward is "well, has no symptoms and is in isolation," the FPF added.

Ronaldo played in the 0-0 draw against France in the Nations League on Sunday, prior to testing positive for COVID-19.

The FPF said Ronaldo's result prompted another round of tests for the rest of the Portuguese national squad, who all subsequently tested negative.

Due to usual quarantine practices, the positive test will almost certainly rule Ronaldo out of Juventus' upcoming Serie A clash away at Crotone, as well as next week's opening Champions League fixture against Dynamo Kiev in the Ukrainian capital.

It's been 27 months since Germany embarked on a rebuild following an early exit from the 2018 World Cup. Performances have yet to materialise and Joachim Löw is still trying to put together a convincing blueprint.

Suspended amid sexual abuse claims, the head of Haitian football, Yves Jean-Bart, is allegedly still visiting young academy players. As a result, questions are being raised over FIFA's ongoing investigation.