After lifting all coronavirus restrictions, Denmark will host Europe's first 50,000-fan concert since the pandemic began. Australia's New South Wales has recorded its highest caseload ever. DW has the latest. 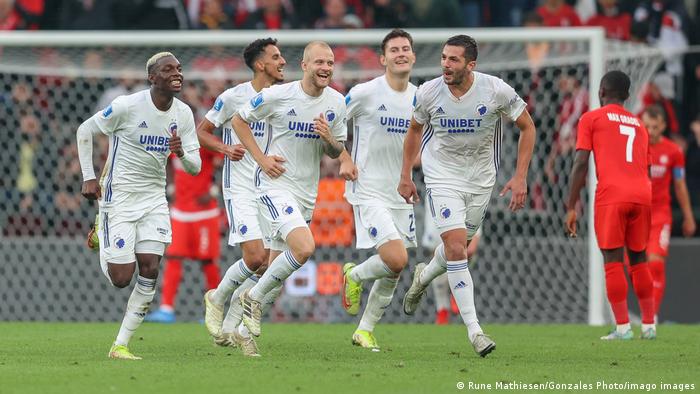 As of Friday, all pandemic-related curbs in Denmark have been lifted. Mask mandates for inside public spaces and transport and limits on audience numbers for sporting events and concerts had already been nixed on September 1. Now, the last remaining restriction, the need to present a vaccine certificate to enter nightclubs or major social events like football matches, is no more.

On Saturday, Copenhagen will host a sold-out concert for 50,000 people, a first in Europe since the pandemic began, and stadiums will be back to full capacity as the soccer season begins.

Maskless and in lockdown in Denmark

A World Health Organization commission led by former Italian Prime Minister Mario Monti called for wide-ranging reforms to European health systems due to the global pandemic. It said the world was unprepared despite repeated warnings.

The commission, operating from the WHO’s European regional bureau, which encompasses 53 countries including the EU’s 27-nation bloc as well as Russia and Turkey, recommended comprehensive reforms based on the "One Health" concept, or the idea of the interconnected nature of the health of humans, animals, plants and the environment. Additionally, the WHO said inequities must be confronted and greater investment was needed in health systems.

In Germany, the CEO of the Mainz-based BioNTech, Özlem Türeci, told Der Spiegel magazine in an article published Friday that the company, which jointly developed a COVID-19 vaccine with US-based Pfizer, will apply for the vaccine's authorization from "authorities worldwide" for use in children aged 5-11 following the results of a study.

The western German state of North Rhine-Westphalia will no longer pay compensation to unvaccinated people who are required to quarantine. Exceptions can be made for dose unable to be vaccinated due to health reasons.

According to North Rhine-Westphalia's regional health ministry, around  €120 million (nearly $142 million) has been paid out so far to people who have been forced to quarantine.

In the UK, the fifth and final test match of a cricket series between England and India was called off Friday just two hours before it was set to begin in Manchester. India was unable to field a team owing to a COVID-19 outbreak among its support staff.

Players were forced to isolate at their Manchester hotel after assistant physiotherapist Yogesh Parmar tested positive for COVID-19. Four other members of the coaching staff previously tested positive.

In announcing the cancellation, the England and Wales cricket board said India was "regrettably unable to field a team." At first, it said India had therefore forfeited the game and the series score would be 2-2. But later it backtracked and said the final result was unclear; India held a 2-1 lead going into the last match.

In Italy, a new "green pass" system has gone into effect, requiring inhabitants to show proof of vaccination in order to access most entertainment and cultural venues, as well as schools and universities for those who are old enough to get the vaccine.

Opponents of the measure are planning to protest in Rome this weekend. A number of protest organizers had their homes searched on Thursday over suspicions they were planning violent attacks on the government and police.

A day after it announced it would soon be relaxing its strict lockdown in Sydney, the government of New South Wales in Australia confirmed the state's highest caseload of COVID-19 infections since the pandemic began.

Australia's "zero COVID" policy imposed a number of the strictest curbs on freedom of movement but kept infection rates relatively low in the country, at least until the delta variant emerged. On Friday, New South Wales said it had registered 1,542 locally transmitted cases the previous day, slightly exceeding the previous record.

Vietnam approved the Chinese manufactured and UAE-packaged Hayat-Vax COVID-19 vaccine for emergency use, the seventh vaccine to be approved by the Southeast Asian nation.