A $3 billion dam and aluminum smelting plant that will bring new work to the economically limping eastern Iceland is dividing the country's people, who are struggling to balance conservation with economic needs. 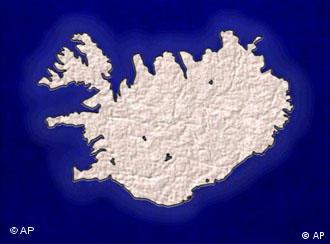 Opinions are split over a new dam and smelter plant in Iceland.

Siggi Arnalds drives his sport utility vehicle hundreds of kilometers through the highlands of Iceland. He wants to prove his assertion that the country has more than enough barren landscape as part of his effort to promote a $3 billion Kárahnjúkar Hydroelectric Project.

The dam project is the fulfillment of a 50 year dream of Icelandic engineers, who want to build a dam near the city of Reydarfjordur that would tap meltwater from Europe’s largest glacier, Vatnajökull, and send it through turbines to create clean, inexpensive electricity that is free of radioactive or other waste.

For years, environmentalists sought to stop the project because the lake the dam will create would destroy prime habitat for the country’s reindeer and wild geese, which live here untamed and free in one of Europe’s largest tracts of untainted wilderness.

But their protests have been unsuccessful. Though they opposed the Kárahnjúkar hydroelectric plant for 20 years, the Icelandic government recently ruled in favor of the project, saying the need to create jobs in one of the country’s poorest regions beat out other considerations.

The construction of the plant alone is expected to create 2,000 jobs, and when both projects are completed, 600 to 1,000 permanent positions are expected to be created.

The peace and quiet will soon abruptly end as construction on the project begins. The valley will be flooded, two rivers diverted and the local landscape permanently altered.

The hydroelectric project will generate cheap power for an aluminum smelting plant on the coast that will be operated by the American aluminum giant Alcoa. The project will turn Kárahnjúkar mountain into a small peak rising out of a huge lake.

"All across, this dam will be about 800 meters long," says Siggi Arnalds of the Icelandic National Power Company. "It will create a 25-kilometer long lake going all the way from the dam and through the valley up to the glacier."

Iceland’s parliament, the Althingi, approved the project in March by a vote of 41-9, moving against the recommendations of an independent commission, which questioned how severe the plants' environmental impact would be. Protesters held demonstrations in front of the parliament building for weeks.

A few people even went on hunger strikes, including Hildur Runa Hauksdottir, a local environmental activist who also happens to be the mother of pop singer Björk.

"The project was close to failing, and the Scandinavian investors pulled out," Hauksdottir recalls. "Some members of our government went to America and went begging at Alcoa, the largest producer of aluminum in the world. Alcoa was promised very enticing conditions, and we sold them a piece of Iceland."

The exact terms of the deal have been kept under wraps. But there’s no secret in that fact that Iceland's poor eastern region is desperately in need of jobs in places like the coastal town of Redjafjord, where old fishing boats lie rusting and the population has been shrinking for as long as people have been voicing their objections to the project.

Though the hydroelectric plant is being built by the national power company, its primary customer will be Alcoa. But the $23 billion aluminum conglomerate has defended the project, saying it will help the company move away from environmentally unfriendly fossil fuels as its power source for the smelter plant.

The government, meanwhile, has said it will help sustain the population in the region, which has been steadily decreasing over the years by creating new jobs.

"We've calculated that the damage is relatively small," Iceland's prime minister, David Oddsson, recently told an American newspaper. "And even 600 jobs in this part of Iceland is very important."

Soon, trucks will thunder through the village, one every seven minutes, on their way to the construction site of the aluminum smelting plant. Meanwhile, first concrete mixers are already ready to go. Bulldozers are pushing rocks and sand into the dark gorge, Iceland's equivalent of the Grand Canyon.

Nevertheless, there's at least one Icelander who hasn't stopped his fight to protect the country's pristine wilderness. Wildlife ranger Skarpehdinn Thorisson watches over two different goose species and the wild reindeer in the area. This innocuous job has made him the most hated man in the area because he's been outspoken about his concerns over the hydroelectric dam and his criticism of Alcoa and the Icelandic government.

"This area, this precious area, especially the area that will be lost under water is the best possible spot for the summer and spring grazing (of the reindeer)," Thorisson says. "It's the first area where we have vegetation in the spring. We have an obligation to our children so that they can see this area unspoiled."

Hydrogen has been considered the energy source of the future for decades, but it's still hardly used. That's supposed to change in Iceland, which aims to become entirely independent of oil. (May 21, 2003)