Contest of the Cathedrals - The Romanesque

Why did Christians start building cathedrals reaching to the sky 1000 years ago? Was it to demonstrate earthly power, or an attempt to be close to God? The resulting architecture still fascinates us today.

Trailer: Contest of the Cathedrals

The Romanesque period still harbors many unsolved mysteries. For example, what led people at the turn of the millennium to build churches that towered into the sky, triggering competition among cities over cathedral size and splendor? This cathedral obsession is illustrated by the examples in Mainz, Worms and Speyer. 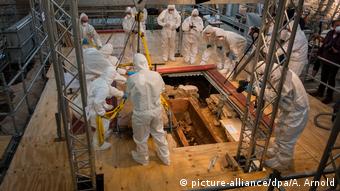 In St. John's Church in Mainz, a sarcophagus is opened after being sealed for 1,000 years. It’s the resting place of Archbishop Erkanbald, who built Mainz Cathedral, the largest religious building in the West at the time. It was hoped the cathedral would turn Mainz into a second Rome, promoting its archbishop to pope’s deputy. 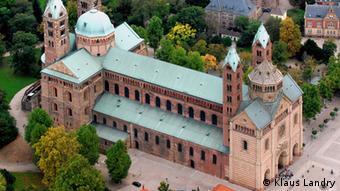 A short time later, King Conrad constructed a cathedral in Speyer, a burial place for his Salian dynasty. Its scope would befit the fact that God had installed the Salians as an imperial dynasty and therefore as supreme rulers of the world. Inevitably, there were conflicts between rulers and men of the church. 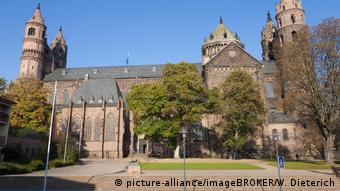 But in Worms, another group established itself in the 12th Century quest for power: the emerging bourgeoisie. A new era began, in which the rigid power structures of the Romanesque period, reflected in its massive buildings, slowly broke down. As they did so, they left space for a new architectural style that honored openness and light: the Gothic.

Trailer: Contest of the Cathedrals