Chancellor Angela Merkel's conservatives lost their absolute majority in the Hamburg state elections on Sunday, Feb. 24, confirming a voter swing to the left ahead of federal elections next year. 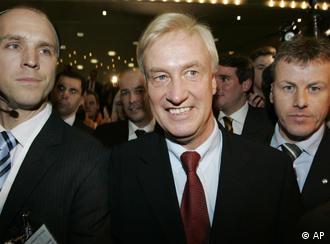 Preliminary results from the Hamburg election gave no clear indication of what coalition of party's would have the best chance to lead the port city.

Christian Democrat (CDU) Ole von Beust, a Merkel ally who has ruled Hamburg since 2001, won 42.6 percent of the vote, down from 47 percent four years ago, initial results showed. 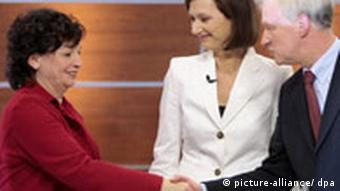 Mayor Beust may soon be wooing the Greens

The CDU will remain the strongest single party in the state legislature, but without the absolute majority it once enjoyed.

The center-left Social Democrats (SPD) scored 34.1 percent according to the exit poll, which represents almost a four-point jump in comparison to last elections.

"We are the future of Germany," said SPD national leader Kurt Beck after the vote. "This election proved that our concerns -- social justice and economic success -- are those of voters."

The vote in the northern city-state was seen as a key test of whether Chancellor Angela Merkel can stem a swing to the political left ahead of next year's national ballot. Merkel remains highly popular in Germany, but her party has seen its support dip in three consecutive state elections this year.

Another victory for the left

With 6.4 percent, the Left party -- which came out of a merger between a splinter group of disgruntled SPD supporters and the heirs of the East German Communist Party -- will take up seats in the Hamburg parliament for the first time after gaining entry to three other western German legislature in the past year. 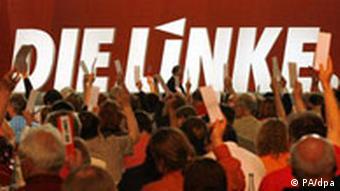 The Greens, which took 12.3 percent last time, landed at 9.6 percent, while the liberal FDP, which failed to enter the legislature four years ago, increased their share of the vote, but at 4.7 percent still failed to reach the 5-percent hurdle.

Observers predicted that forming a governing coalition in the port city would be difficult. Neither the conservatives nor the Social Democrats will be able to form coalitions with their preferred political partners, FDP and the Greens, respectively.

The conservatives could stay in power if they formed a coalition with the SPD -- akin to the "grand coalition" on the federal level. But what appears more likely is that they will try to overcome political differences and reach out to the Greens.

"I believe it would be good for Hamburg and the political landscape in Germany if a new combination of the CDU and Greens were possible," CDU Secretary General Ronald Pofalla said.

It would be the first conservative-Green party coalition on a state level in Germany.

At the same time, the SPD could -- purely mathematically speaking -- form the necessary majority with the Greens and the Left party.

School reform, environmental policy and expanding the harbor were among the top campaign issues, and the Left has managed to garner support with its stress on social justice. 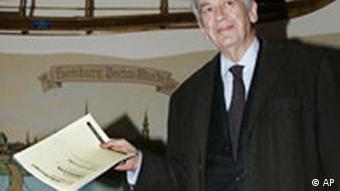 But the Left party, despite its increasing popularity, is still cold-shouldered by most established political groupings and by many traditional SPD voters.

A survey published by the Sunday edition of the mass circulation daily Bild newspaper said SPD supporters were so strongly opposed to a pact with the ex-communists that one in four would demand party chief Kurt Beck's departure.

The SPD's candidate in Hamburg, Michael Naumann, has insisted he would rather remain in opposition than rule with the Left, telling reporters: "We will not work with them so we would like to tell voters that every vote for the Left is a lost vote."

In many ways, the Hamburg vote is repeating the dramatically divisive results of the state elections in Hesse on Jan. 27.

The shape of a new government coalition in the state of Hesse still remains unclear after stunning losses robbed Angela Merkel's conservatives of their clear majority and the far left saw surprise gains.

The major parties -- SPD and CDU -- who won almost the same share of the poll in Hesse -- have been unwilling to form a coalition together, but have also not been able to create a majority government without making significant compromises or breaking pre-election promises.

No clear winner is expected in the Hamburg state elections on Sunday, Feb. 24. But the emergence of the Left party as a political force to be seriously reckoned with is already causing turbulence in German politics. (23.02.2008)

The morning after elections in the state of Hesse, losses for the conservatives and a strong showing by a new left-wing party had observers speculating on a new government -- and castigating the incumbent. (28.01.2008)

Will the results of the Hamburg vote affect German politics on the federal level? Please include your name and country in your reply.