Much has been made lately of the idea that teenage "cool" is giving way to a renaissance of conservatism. But are young Germans really seeking the security and stability of anachronistic values over their right to rebel? 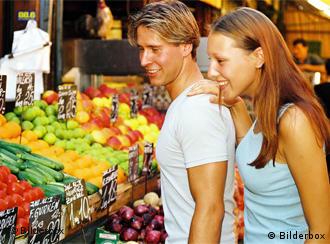 The fresh face of German youth

Politically at least, Germany does indeed appear to be in the midst of a shift back to the right, although there are plenty who argue that it is not so much the conservative Christian Democrats who are rising in popularity as the left-of-center Social Democrats who have fallen out of favor.

Germany governed by conservatives -- in black

But this generation of young Germans has a decided lack of interest in the political issues of their society, and are much more interested in themselves than anything else. While that might seem like a given for adolescents and their seniors in some countries, it seems that this burgeoning bent towards self-centered behavior is news for Germany.

Loud are the cries that youngsters up and down the country are displaying signs of the very conservative values their emancipated parents educated them against. Trend researcher and analyst Roman Retzbach said there is every reason to suggest that Germany is rekindling its relationship with the bourgeoisie.

"We have seen a shift from an educated society to what one might politely call a "taste society," in which it is no longer important to know about Schiller, but to be eating and wearing the right things," Retzbach said.

Granted there is now a movement away from the post-materialist values which have stood Germany in good stead over the past three decades, such as interest in the environment, politics and the nation's favorite ideologies.

But Klaus Boehnke, Professor of Social Science Methodology, said that rather than slipping back into the ways of their grandparents, young people are simply evolving in keeping with society.

"What we see now has a lot to do with German unification. The current economic crisis has pushed interest in individual circumstances to the foreground," Boehnke said. "It is easier to be generous about the world and society when everyone is doing well than when people are struggling."

And Germany, by all accounts, is struggling. Plagued by persistently high unemployment figures and unpopular social welfare reforms, it's hard to shake a collective smile out of the older generations who recall an altogether more sanguine existence. 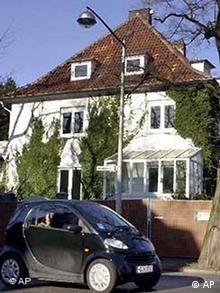 Wolfgang Peschel of the German Federal Youth Council said the new wave of self-interest among the younger generation is a direct consequence of having witnessed their own parents' struggles.

"Young people see that their parents have to move because of work, and they see how rare it is to get a job for life," he said. "Because of that, they are looking for a vision which includes security, a relationship and family."

Trend analyst Retzbach says the desire for the family idyll of spouse, children and a house with a garden has been gaining ground over recent years. He said Germany is experiencing a perceptible return to traditional family values in which youngsters are not only willing to wait for a serious relationship before having sex, but in which they have begun looking to the church -- and its intrinsic values -- as a point of orientation for their lives.

But Peschel rejected such claims as unsubstantiated.

"The idea that young Germans have become sexually prudent is nothing more than a peripheral phenomenon which has been given a mainstream focus by the media," he said. "The majority of young people behave exactly the same as youngsters 20 years ago."

The combination of sexual mores that are as relaxed as ever and the small percentage of people making the move back to more rooted family values is not without implication for Germany's stagnant birth rate. Although there has been a slight increase in the number of young people giving birth, the Institute for Population Research says it would be wrong to suggest there is any sign of a baby boom on the horizon. 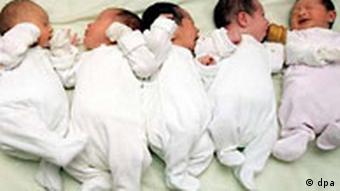 Before they start thinking about taking on the responsibility for an increased number of offspring, the upcoming generation has to find its own identity, whatever name it is given.

"Young people are not getting more conservative, but are simply trying to fit in with the political values of our society, and to simply make a nice life for themselves," Peschel said.

A German politician was roundly criticized recently for commenting that only the "wrong people" were having children in Germany. But he was giving voice to an uncomfortable truth about the country’s demographic shift. (April 24, 2005)

A Madam Chancellor for Germany?

After years of working toward her goal, Angela Merkel is just a technicality away from running for Germany's highest office. Which begs the question: Is Germany ready for a woman chancellor? (May 24, 2005)

The everyday life of young people has now been restricted by the coronavirus pandemic for two years. The personal and societal consequences are devastating — and will have impacts long into the future.