The EU's Special Investigative Task Force said it has evidence to file an indictment against former senior officials of the so-called Kosovo Liberation Army. They are accused of violating international humanitarian law. 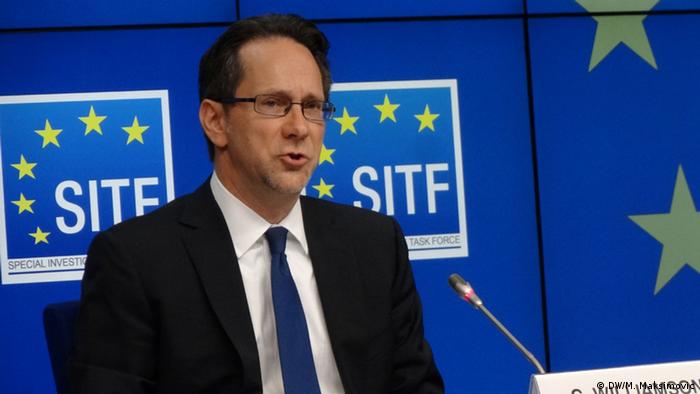 In a statement made on Tuesday (29.07.2014), the European Union Special Investigative Task Force (SITF) announced its findings on the alleged crimes committed by members of ethnic-Albanian rebel organization Kosovo Liberation Army (KLA), which sought Kosovo's separation from Serb territories in the 1990s. According to the SITF's chief prosecutor, Clint Williamson (pictured), some of the KLA's senior officials committed crimes against humanity and war crimes following the end of the Kosovo War in 1999.

The SITF says it found evidence "that certain elements of the KLA intentionally targeted the minority populations with acts of persecution that included unlawful killings, abductions, enforced disappearances, illegal detentions in camps in Kosovo and Albania, sexual violence, other forms of inhumane treatment, forced displacements of individuals from their homes and communities, and desecration and destruction of churches and other religious sites."

Williamson underlined that the victims of these crimes were mainly Serbs, Roma and other minorities, but also Kosovo Albanians who were labeled as either collaborators with the Serbs or political opponents of the KLA leadership.

The SITF was set up by the European Union in September 2011 to conduct a full-scale criminal investigation into the allegations contained in the report of Council of Europe Rapporteur Dick Marty, who claimed he had information about former KLA officials harvesting and trafficking human organs. 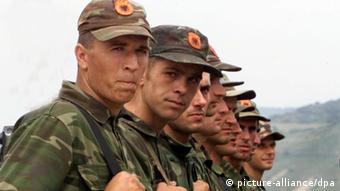 Many people were mistreated by members of the Kosovo Liberation Army, the SITF found

"Over the past two and a half years, the SITF has conducted an intense, detailed investigation into the allegations in the Marty Report," wrote Williamson the statement. "This investigation has involved interviews of hundreds of witnesses in countries throughout Europe and elsewhere. It has involved the review of thousands of pages of documents compiled by numerous organizations and individuals that were engaged in Kosovo during and after the period of our investigative focus."

He added that the investigation has been a "challenging exercise" but was nevertheless convinced that it has been "the most comprehensive investigation ever done of crimes perpetrated in the period after the war ended in Kosovo in June 1999."

In its press release, the SITF claims it can file an indictment against KLA individuals once "an appropriate judicial mechanism is established to host a fully independent, impartial and transparent trial that ensures the highest standards of security for witnesses and for criminal proceedings."

No names of the alleged perpetrators have been released at this stage. According to the SITF spokesman, the organization is not yet in a position to file an indictment and no individuals will be named before then.

The SITF is optimistic about the outcome of the planned judicial proceedings as it believes it holds strong evidence, the spokesman told DW. Also, based on the level of cooperation displayed by Kosovo so far, the organization is confident that anyone who is indicted will surrender voluntarily and submit to the judicial process.

Williamson thanked the European Union, its member states and international partners for their ongoing efforts in setting up a court for the proceedings.

Police have broken up a protest by ethnic Albanians against the blockade by ethnic Serbs of the main bridge in Mitrovica in northern Kosovo. The town has often seen tension between the two ethnic groups. (22.06.2014)

The European Union has extended its rule of law and justice mission in Kosovo to June 2016. EULEX chief Bernd Borchardt told DW what that means for the youngest state in Europe. (15.06.2014)

Kosovo and the future of the EULEX mission

The EU Rule of Law Mission in Kosovo, EULEX, is more active than ever: in recent months, several war criminals have been arrested and imprisoned. But EULEX has also been met with criticism. (23.03.2014)