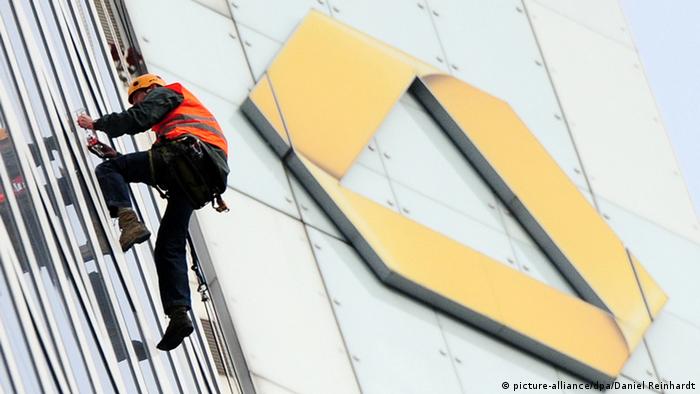 Commerzbank, Germany's second biggest bank, confirmed media reports Thursday that large deposits from institutional clients like major companies or pension funds would soon be faced with a negative interest rate on the money deposited at the bank.

"For private clients and small or medium sized business clients, no negative interest charges are planned," a spokesperson for the bank told the dpa press agency.

But it seems likely to be similar in dimension to the negative interest rate that Commerzbank itself, like other eurozone banks, must pay when it stores excess reserves at Commerzbank's account at the European Central Bank.

Starting June 2014, the ECB has charged banks an annualized fee of 0.1 percent - a negative interest rate - to keep reserves at the central bank. The rate went to negative 0.2 percent in September. The ECB did that in order to try to motivate banks to lend reserves to each other - which would be less costly for them than leaving excess reserves sitting in their own accounts, costing interest.

Commerzbank is not the first German bank to levy negative interest. Earlier in November, a small online bank called Deutsche Skatbank announced it would charge a 0.2 percent negative interest rate on deposits over three million euros.

Deutsche Skatbank is an online bank that is a subsidiary of a small regional cooperative bank in eastern Germany called VR-Bank Altenburger Land. It has nothing to do with Deutsche Bank.