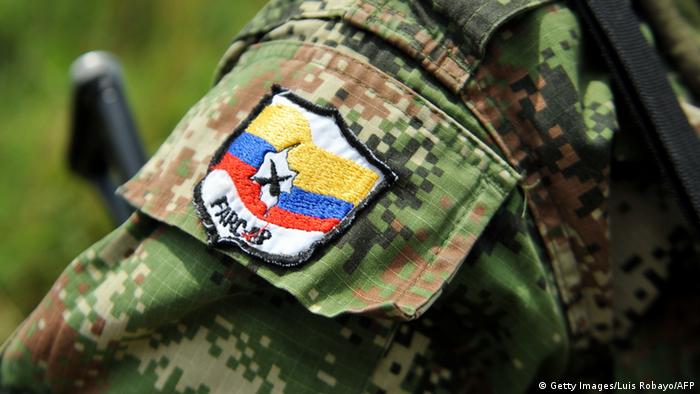 The announcement was made on Wednesday with Santos in the same room as Londono, who is better known by his nom de guerre Timochenko.

Under the deal, special tribunals would be set up to try any former combatants who are deemed to be guilty of war crimes in the country's long civil war.

Both sides also confirmed the formation of a truth commission, a deal on reparations for war victims and an amnesty for combatants who had not committed war crimes.

Crucially, Santos said the pair had agreed to arrive at a definitive peace deal within six months.

"I want to recognize and value the step that the FARC has taken today," said Santos, minutes before a handshake with Timochenko. "We are on different sides but today we advance in the same direction, in the most noble direction a society can take, which is toward peace."

The FARC said it would only consent to some of its members serving prison sentences if leaders of Colombia's military were held to the same level of account.

"It's satisfying to us that this special jurisdiction for the peace has been designed for everyone involved in the conflict, combatants and non-combatants, and not just one of the parties," said Timochenko.

The broad amnesty would not cover those who committed crimes against humanity, serious war crimes, kidnappings, extrajudicial executions, or sexual abuse, said officials from Cuba and Norway who are guarantors in the talks.

US Secretary of State John Kerry praised the Colombian government for its efforts.

"Peace is now ever closer," he said in a statement. "I have called President Santos to congratulate him and his negotiating team for their courage and commitment to the peace talks under extraordinarily difficult conditions."

The meeting between Santos and Timochenko is the first to take place after nearly three years of stop-start peace talks.

Peace: near, or here?

The Colombian president announced the "key meeting with negotiators aimed at speeding up the end of the conflict" at short notice on Wednesday, with a message on the banner of its Twitter account claiming "Peace is Near."

If it can be implemented, the agreement would be a major breakthrough in efforts to end a conflict that has killed more than 220,000 people and uprooted six million. The rebels have fought the Colombian government for 51 years.