Colombia's government has decided to release 30 members of the FARC rebel group. The move is intended to be a "confidence-building" measure by the government in peace talks with the rebels. 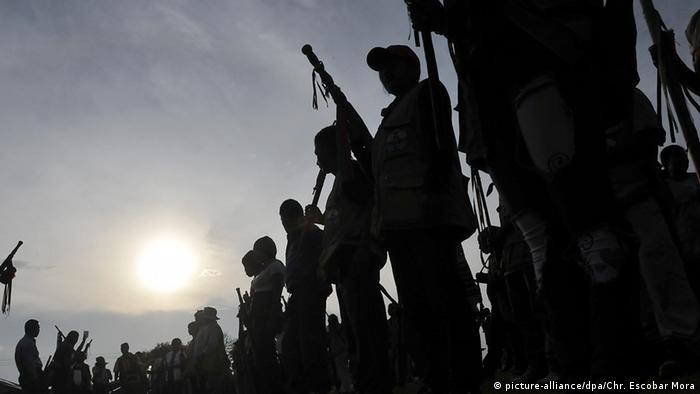 The office of Colombia's President Juan Manuel Santos released a statement on Sunday confirming that 30 FARC members had been set free.

The group would receive psychological help, education, job training and support to help them reintegrate into society, the statement added.

Earlier this week, local media quoted FARC spokesmen as saying that some 850 jailed members had been on a hunger strike in 13 prisons since November 9. They demanded humanitarian releases and an improvement in prison conditions.

According to the government's latest announcement, officials would also check the physical condition of 106 FARC members in government custody and prepare special facilities for other FARC rebels to help them reintegrate into society.

Colombia has been struggling to cope with a 50-year insurgency, fueled by the FARC. Bogota's gesture comes after three years of talks mediated by Cuba came closer to a peace agreement earlier this year.

Both sides say that they hope to reach a consensus on compensation for victims, surrendering arms and a mechanism to ratify the peace deal in the next six months.

The end of a unilateral ceasefire by FARC rebels in Colombia has made for a tense return to the negotiating table. Long-running peace talks with the government have resumed - albeit in a precarious position. (25.05.2015)