Heavy rain caused a deadly mudslide in Colombia's Risaralda district. Dozens of homes were vacated to minimize the risk of additional landslides and flooding. 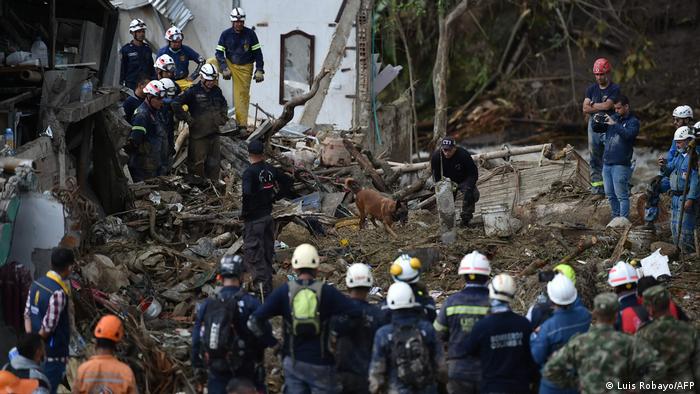 At least 14 people died and several others were wounded in a mudslide in Colombia, local authorities said on Tuesday.

Heavy rain caused a mudslide on a mountain that hit homes in the cities of Dosquebradas and Pereira, located in Colombia's western-central Risaralda province.

Rescue teams dug through the mud looking for survivors, the UNGRD said.

What damage did the mudslide cause?

"We have counted 14 people who died, and 34 people have been injured by the landslide," said Pereira mayor Carlos Maya.

Around 54 homes were vacated in Pereira and 15 in Dosquebradas to "minimize" the threat of future landslides, Maya added. 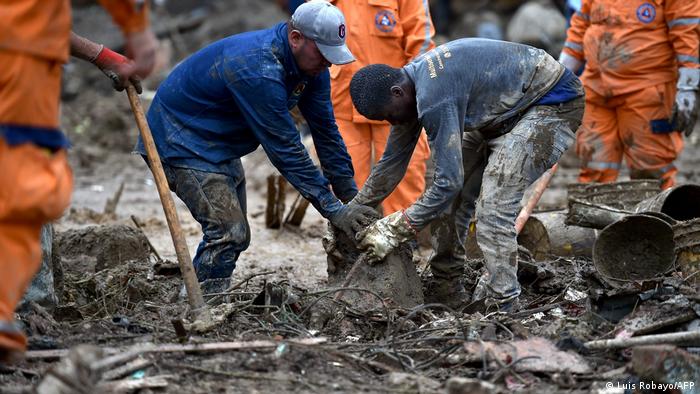 Several families living close to the river were evacuated due to risk of flooding.

Rescue teams said they feared that the disaster could worsen if new mudslides result in the nearby Otun river being dammed.

Colombia debates what to do with Pablo Escobar's hippos