A landslide triggered by heavy rains has killed several people in southern Colombia. Landslides are common in the country given its mountainous terrain. 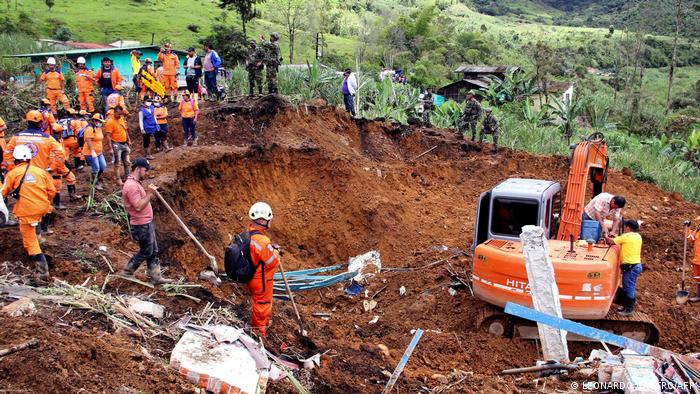 Search operations were suspended Tuesday because of more rains, to resume Wednesday

A landslide in Colombia's southwestern province of Narino killed 11 people and left several others injured on Tuesday, according to the country's disaster relief agency (UNGRD).

Dozens more were hurt or missing, UNGRD announced on Twitter.

The landslide occurred after heavy rains in the rural municipality of Mallama. 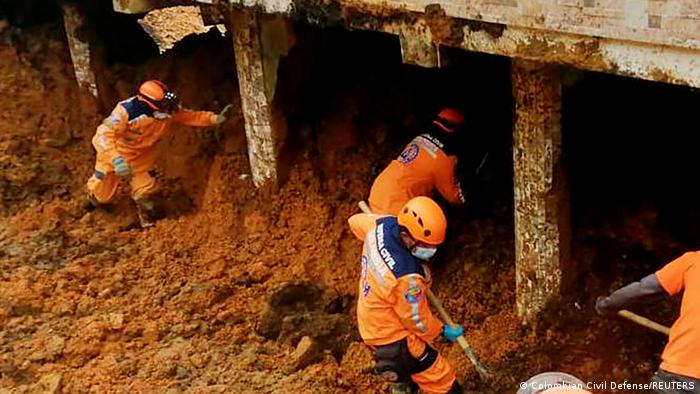 Around 10 people were left injured, with another 15 to 20 missing, the disaster relief agency added on Twitter.

It also destroyed two buildings. UNGRD Director Eduardo Joze Gonzalez is scheduled to travel "first thing in the morning" to the site of the landslide. 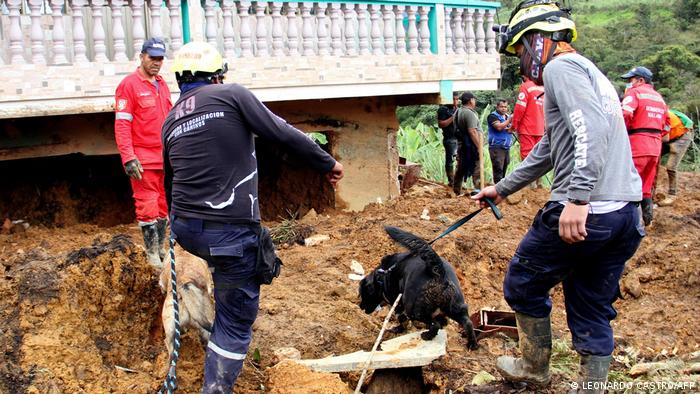 He already deployed rescue teams to the area. However, operations were suspended because of the potential for more landslides due to rains. 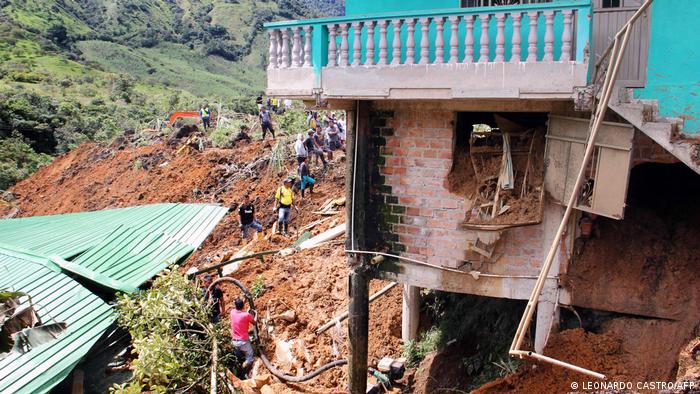 Landslides are common in mountainous Colombia, especially during the rainy season. Houses built on hillsides are especially at risk given the imminent dangers of debris and water overflow.