Cologne therapy center helps torture victims get their lives back | Germany | News and in-depth reporting from Berlin and beyond | DW | 26.06.2009

Cologne therapy center helps torture victims get their lives back

June 26 is the UN International Day in Support of Victims of Torture. Torture victims carry the burden of their experiences forever, but one therapy center in Cologne seeks to make living with the memories bearable. 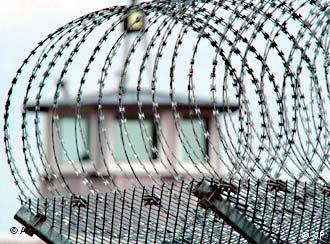 Petek T.* has been a patient at the Cologne Therapy Center for Torture Victims for two years now, but the memories of her torture during her imprisonment in Turkey are still very vivid. Her biggest wish is for something that many people take for granted: sleep.

"During the day, I can distract myself," she said. "But at night, I have problems sleeping, and nightmares. The traumatic experiences always come back."

Petek, now 38, was 18 when she began her university studies in her hometown of Izmir in western Turkey. She wanted to become a journalist, and wrote articles for student organizations criticizing an increase of repression and the authoritarian approach of the Turkish government.

She was sent to jail three times for her writing after being convicted or being a member in a forbidden organization. Her most recent imprisonment was from 1994-2002, but even seven years later, it churns up too many memories for her to talk about.

Since her time in a Turkish prison, the situation of prisoners there has improved somewhat, she said, but people are still being tortured.

"People are still dying in prison under unclear circumstances, but the government denies that there is systematic torture going on in Turkey," said Petek. 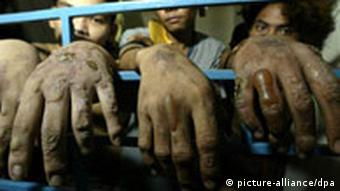 In some places, phsychological torture has replaced traditional methods

The Cologne Therapy Center for Torture Victims was founded in 1985 as a pilot project by the UN High Commissioner of Refugees, and is run as a charitable organization. Uenal Hamidye is Petek's therapist at the therapy center, and is familiar with many cases that are similar to hers.

"For example, someone might come and say 'If you don't talk, we're going to get your wife and rape her,'" she said. "The people are faced with a dilemma: either they betray their organization or they have to watch as their wives, mothers, or sisters are raped."

Petek is one of many former torture victims who come to the therapy center for help. The demand on the center's services is so high that there is often a waiting list. When she first arrived in Germany with her husband in 2004, Petek was told she'd have to wait one to two years to be admitted.

"A psychological crisis doesn't wait," said Petek. "I saw no more point in my life anymore. But I had a breakdown and was brought to the clinic where the doctors put me in contact with (Hamidye). That's why I'm here, and I'm very happy about that."

The therapy center treats between 600 and 800 torture victims each year. The center offers individual and group therapy sessions, and also gives help in dealing with day to day life, including learning German or completing administrative tasks connected with moving to a different country.

No 'getting back to normal' for torture victims 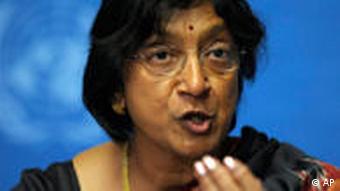 Brigitte Brand-Wilhelmy, director of the therapy center, said that most of the current patients come from Iran, Iraq, certain African nations, and particularly from former Yugoslavia.

"We have women here who lost their entire families in massacres," Brand-Wilhelmy said. "They watched as their siblings and parents were murdered. We hear stories where it is hard to imagine how people can do such things to one another."

It takes a lot of time for torture victims to recover from their experiences, and Petek is still working through the effects of what was done to her. It's not just nightmares, either. Her therapist has told her she is suffering from post-traumatic stress disorder. She has concentration problems and cannot work, which makes it difficult to fully embrace her new home in Germany.

"Every day is a struggle," Petek said. "My husband and I don't have family or friends here, we only have each other. Because of the effects of the torture, it is hard to learn new things; at the moment, learning German is taking quite a while. We'd love to get adjusted to living in Germany, but it's difficult."

* Her last name has been withheld for privacy reasons.

One of Spain's best-known judges has opened an investigation into the Bush administration over alleged torture of terror suspects at Guantanamo Bay. (29.04.2009)

Binyam Mohamed, a British resident held at Guantanamo Bay for four years, has returned home to Britain and accused the US government of torturing him along with British collusion. (24.02.2009)

Despite a ban on torture, it remains widespread in many countries, the UN’s Manfred Nowak recently said in an interview with Deutsche Welle ahead of the UN’s International Day in Support of Victims of Torture. (26.06.2008)