Even as the search for survivors continues, experts ponder the extent of the historical material that has been lost after part of the Cologne city archive caved in -- and how to protect cultural heritage. 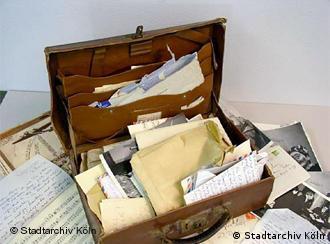 With over 26 kilometers (16 miles) of shelf space, Cologne's city archives were no small affair.

The western German city of Cologne had the largest municipal archives north of the Alps, Andreas Freitaeger, an archivist at the University of Cologne, told Deutsche Welle. 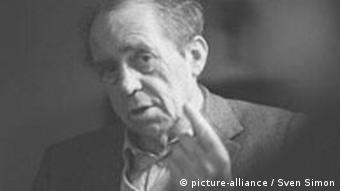 "Just several weeks ago, the archive had, together with the city of Cologne, purchased the complete works of (Nobel Prize-winning author Heinrich) Boell," said Freitaeger.

The daily Koelner Stadt-Anzeiger had reported that, following six years of negotiations, 6,400 manuscripts, letters and documents from the well-known author had been bought in February for 800,000 euros ($1 million). The archives had already housed a large Boell collection.

Georg Quander, who heads the city of Cologne's culture department, told the AP news agency that the insured value of the archives totaled just shy of 400 million euros, but that the financial loss could not be compared to the cultural loss.

Around 20 archivists and restaurateurs are currently at work recovering the contents of the archives. It won't be clear for some time exactly which items have been irrevocably lost, as some may be able to be restored. But it was the building containing the old inventory -- dating up to 1815 -- which collapsed. 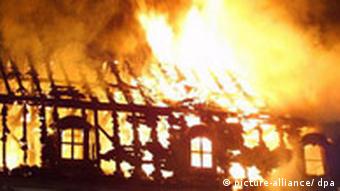 The newer material in the archives' other buildings is being relocated for safety reasons, with some of the archives' contents headed to Freitaeger's archive at the university.

Though the university's archive is much smaller and younger than the city's, Freitaeger said they would take increased safety measures after Tuesday's tragedy. He said there are smoke detectors located throughout the archive.

The situation in Cologne has been compared to the Anna Amalia Library in Weimar, which was heavily damaged by fire in 2004 -- Germany's most devastating library fire since World War II.

Eberhard Illner, a former long-time department director in the city archives, told a German radio station that the damage caused Tuesday was greater than that suffered in the Weimar fire.

Some 50,000 books, many from the 17th and 18th centuries, and 35 paintings were irreparably destroyed in Weimar, according to the Anna Amalia Library. Another 62,000 volumes suffered partial damage, but were rescued from the flames.

Means to preserve the past 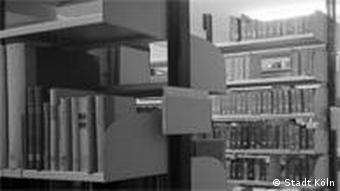 The archive facilities had been in use since 1971

But fire is only one of an archivist's nightmares. Water is another. Documents are also housed in basement rooms below street-level, which could quickly fill up with water if the nearby Rhine River were to flood. Burst water and sewage pipes can also destroy delicate materials.

While steps can be taken to protect damaged archive material, such as freezing objects that have got wet, there is no way to protect archives from every eventuality, Freitaeger said.

In the case of a structural collapse, "no emergency plan will help," he said, adding that keeping a copy of valuable documents is important to avoid completely losing material.

Despite a growing number of libraries digitizing the content of their shelves, Freitaeger said electronic copies aren't necessarily the best way to avoid losing documents since "software doesn't last forever."

Instead, he recommended old-fashioned microfilm, adding that microfilms of many of the country's most valuable documents are stored in the southern German Black Forest region, far away from the originals.

The practice began with the Convention for the Protection of Cultural Property in the Event of Armed Conflict, which Germany signed along with nearly 100 other states in The Hague in 1954.

According to the DPA news agency, 870,000 microfilm duplications of the material archived in Cologne had been deposited at the central warehouse in the Black Forest.

More than 200 rescue workers restarted the search for two missing people Wednesday after the collapse of the western German city of Cologne's historical archives center and two neighboring buildings. (04.03.2009)