US Secretary of State Hillary Rodham Clinton has taken responsibility for a deadly breach in security in Benghazi in September. Her latest interview comes just ahead of Tuesday's presidential debate on foreign policy. 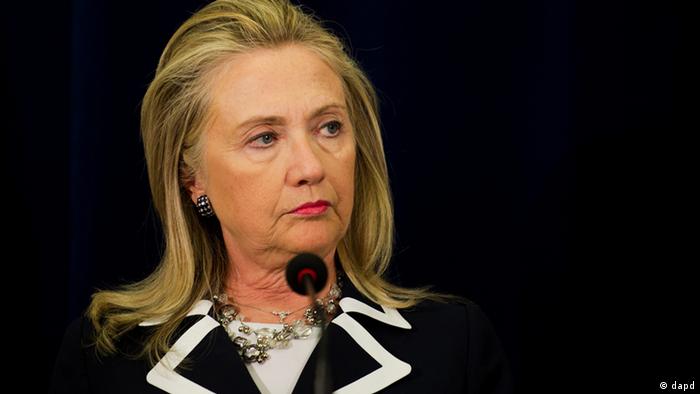 Speaking to television news channel CNN, Clinton attempted to shift the focus away from President Barack Obama's role in the handling of an attack in Benghazi that left four Americans dead. The secretary of state said she took responsibility for the security at the US consulate in Benghazi and elsewhere in the world.

President Obama's Republican rival Mitt Romney has used the mishandling of the Benghazi attack as ammunition in the 2012 presidential race. The situation reflects the president's weak foreign policy, Romney has said.

The Obama administration has also received strong criticism for initially attributing the attack to a protest against an anti-Islam film that had been circulating online at the time. Further investigations revealed that the militants were linked to al Qaeda and had planned the attack.

Clinton said in her Monday interview that, because she oversees the US outposts, she has the final say in security issues.

"The president and the vice president certainly wouldn't be knowledgeable about specific decisions that are made by security professionals," she said.

The Secretary of State's statement came shortly before the scheduled second presidential debate on Tuesday, which is to focus on foreign policy.

Italian fishermen speak of torture after detention in Libya 29.12.2020

After languishing in Libyan prisons, the crews of two Italian fishing boats seized by the Libyan coast guard in September were released just before Christmas. Back home, they tell DW's Jacopo Lentini of their ordeal.