Climate change increasing disasters in China | Asia | An in-depth look at news from across the continent | DW | 22.04.2010

A week after the earthquake in China, the total number of deaths has reached well over 2000. Now, snow is hampering the rescue work. Experts are expecting more natural disasters as climate change progresses. 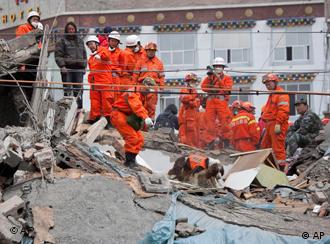 Earthquakes, tornadoes, floods, droughts - China's economic growth means the cost of such disasters has also risen. According to Peter Höppe, director of geo risk research at Munich Re, the world's largest reinsurer, "just about each and every region in China is affected by some natural disaster or another." 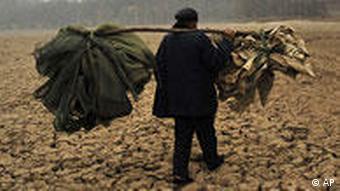 According to Munich Re's country analysis, four of the ten worst earthquakes since 1900 have occurred in China, among them the earthquake in Sichuan in May 2008, which caused over 80,000 deaths and cost around 85 billion dollars (around 63 billion euros).

Contrary to earthquakes, other natural disasters, like storms and floods, are caused by movements in the atmosphere. Climate change is making such disasters more likely, says Peter Höppe. "You can say that climate change is causing the extremes to become more extreme; for example, that relatively dry places, especially subtropical areas, are going to see even less rain and in places where it rains a lot, there will be more rain. This is happening in some regions in China already, especially where there was an extreme drought." 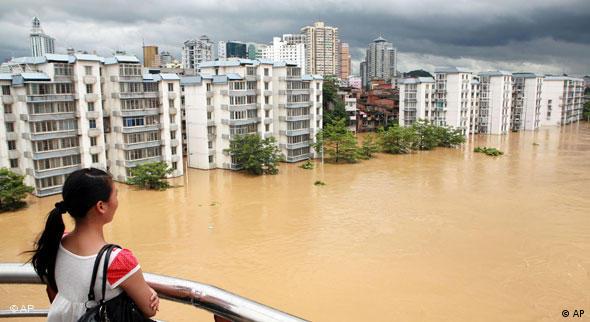 While the north, southwest and central China have seen an increasing number of droughts, the coasts are worried about what will happen if sea levels continue to rise. Recent studies are predicting levels will rise from 50 to 140 centimeters. That would greatly affect China's metropolis Shanghai and especially Pudong, Shanghai's open economic development zone, whose colorful skylines represent China's economic growth.

Peter Höppe is not optimistic about Pudong's future "because in relation to the relative sea level, Pudong and the rest of Shanghai is sinking. Two things are happening: the sea level is rising and, at the same time, the land is sinking. This is going to make it seem that the sea is rising faster." But he does not see any catastrophic scenarios happening in Pudong in this century. 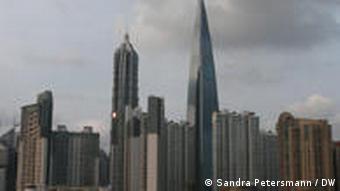 Höppe says it is important to think on a long-term basis. Like, "how much further will the region be able to develop? And, should people move to safer places?"

Pudong is one of China's richest areas. The per capita GDP is over 20,000 dollars (nearly 15,000 euros), which is five times greater than the country's average. It is difficult to imagine how much would be destroyed if the region were to disappear into the sea.

The cost of damage caused by a natural disaster rises with economic growth. But only around two percent of China is covered by damage insurance. In developed western countries, it's over 50 percent.

In other words, the insurance branch has great growth potential in China. Within only a few years, China has become the sixth largest market world wide in terms of growth in the insurance sector. Munich Re sees China right at the top of the insurance industry in the future and says China can only profit from this.

Rescue workers struggle to get to Chinese quake victims

Monks and rescue workers are working side by side in China's northwestern Qinghai province, still searching desperately for survivors. (15.04.2010)

China takes a moment of silence for the more than 2,000 people who have died in the Qinghai earthquake with a national mourning day. Rescue workers are still at the scene, many of whom are fighting altitude sickness. (21.04.2010)

As Copenhagen enters the last scheduled day of negotiations, world leaders will meet to try and finalize a deal. Hopes for success are largely being placed on an agreement between China and the United States. (18.12.2009)