Claudia Duque: 'There's a strategy of silencing the press in Colombia'

The Colombian journalist has denounced her country's press censorship policies. She currently faces a court order that prevents her from speaking out against the people who tortured her psychologically for years. 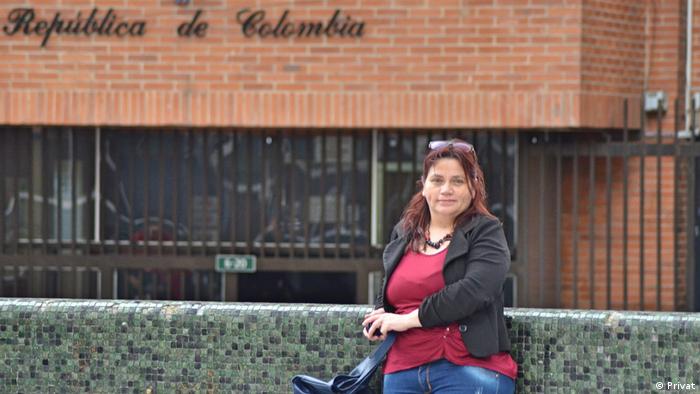 Claudia Julieta Duque has 26 years of experience as an investigative journalist. One of her most recognized investigations publicly exposed the front that members of the army and workers in the political and judicial systems had built to cover up the death of journalist Jaime Garzon, who was murdered in 1999.

After publishing the report, Duque faced kidnappings, psychological torture and illegal surveillance, all classified by the Colombian Attorney General's Office as "crimes against humanity."

In September, the One Free Press Coalition, of which DW is a member, listed Duque as one of ten reporters in the world who are at the highest risk of attack for their work. This is the fifth time she has made the list.

But this time, it is due primarily to the court order issued by the judge in charge of the trial against Duque's assailants. The order obliges Duque to refrain from sharing an opinion on the case. Should she not comply, Duque could face up to ten years in prison.

DW: Why are you not allowed to talk openly about your case?

Claudia Julieta Duque: They are censoring me. One of my assailants, who I directly identified as the perpetrator of the front that permitted impunity in the case of Garzon, denounced me for injury and slander over the denouncements I made. This person asked the judge to prohibit me from expressing my opinion about the trial and taking photographs of the hearings. The argument for this censorship order was that I was violating the presumption of innocence of the accused.

Read more: Colombia: Are the country's media advocates for peace?

DW: And will you stay silent?

Duque: With this, they are getting what they have always wanted, and that is silencing my denunciations. At the moment, my case is the only ongoing one out of all the cases of persecution and espionage related to the Administrative Department of Security (DAS)[now defunct state security service; its former deputy director was convicted in Garzon's murder, and other officers were convicted of torturing Duque: Eds.]. My case is also the only one that has been declared a crime against humanity. Silencing my denunciations about this trial also silences an important part of the historical truth of this country.

DW: Do you wish there were a stronger political response to your case?

Duque: In Colombia, there is no real public policy in favor of freedom of expression. And for many years public officials have gotten used to attacking journalists and branding them as terrorists for investigating situations that make the government look bad. In practice, victims of state action are once again under attack and at risk. This is what happens in real life in Colombia.

Duque: I have been constantly receiving new threats ever since the trial for my case got started. In 2015 my home was broken into, my daughter and my family were threatened. In 2016, I was followed by an armed man who, according to witnesses, had a photograph of me and a map he used to trace my steps. And in 2017, my armored car was attacked twice. All of these events remain unpunished, and the attacks continue as part of everyday life.

DW: Do you know other journalists in Colombia who are also being censored?

Duque: In Colombia, journalism is far from free and unobstructed. Here, the threats against journalists are constant. Three colleagues have been murdered since last December.

Moreover, the government has sponsored judicial orders that censure journalists in order to keep them from talking about corruption in Colombia. We are even prohibited from entering public hearings to report on them. 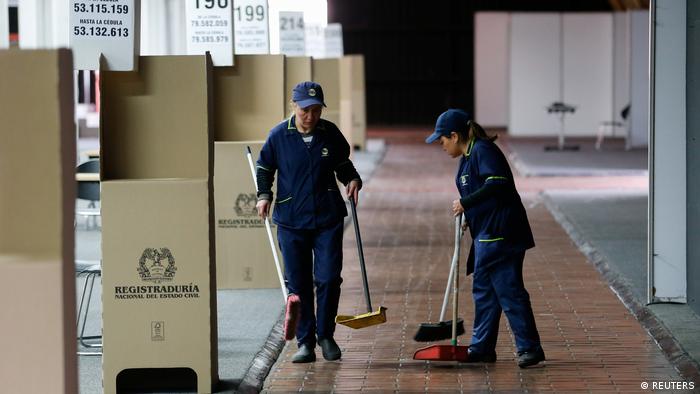 Journalists face special restrictions when reporting on elections in Colombia

We also face permanent censorship on electoral processes. That is to say, since 2010, every time an electoral process has started, decrees have been issued prohibiting us from providing public order information that hasn't been verified by official sources. And here I must be very clear that in Colombia, unfortunately, the facts presented as public order are not always based on correct information from the authorities. Or, on many occasions, the authorities themselves are involved in serious violations of human rights.

DW: And you have not been able to confront these new actions as a union?

Duque: We have put a lot of resources into legal action, but we have lost all the battles. Colombia is a country that censures, that attacks, that insults its journalists. There is a strategy of silencing the press in Colombia.

DW: Have you ever though about abandoning your profession?

Duque: I ask myself every day whether I'm able to continue with all of this. But I have never doubted that this is my profession and what I want to do. But of course, sometimes things get so complicated that I ask myself just how far a person can keep going.

DW: You have had to leave Colombia and go into self-exile at various times in the past. Have you thought about leaving again?

Duque: The last time I left Colombia, for security reasons, was in September of last year. I was abroad for three months. But the truth is that I want them to let me live in my country, even though the situation is obviously delicate.

DW: Are you afraid that publicizing your situation could make your case even more complicated?

Duque: The truth is no, because I have already decided that if the cost for refusing to be silent is jail, then I will bear it. To me, it seems that the most sensitive issue right now is that I have to place a judge of the Republic of Colombia among my assailants. This is definitely something new. And if denouncing her costs me my freedom, well, that's what it costs, because I think it is worth it to continue talking and denouncing. This is what we journalists do. The sad thing is that I also have to act from the position of a victim. I have always said that I am first and foremost a journalist, not a victim. And I will continue being a journalist, even if I am a victim.

Colombia: "The media are in the hands of politically influential families"

Colombian journalists live dangerously. Despite this, many are committed to transparency and freedom of information. DW Akademie and Germany’s ARD public broadcaster invited experts to discuss Colombia's media situation. (02.07.2013)