Circumcision remains legal in Germany | Germany | News and in-depth reporting from Berlin and beyond | DW | 12.12.2012

Germany's parliament approved a bill to keep male circumcision legal, after a court ruling earlier this year put the practice into question. Discussions focussed on child welfare versus religious freedom. 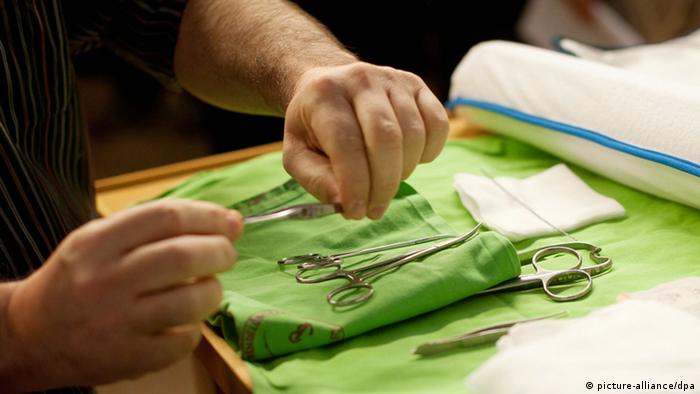 German lawmakers have approved a bill to keep male infant circumcision legal. The new law, passed by 434 to 100 votes on Wednesday (12.12.2012), grants parents the right to authorize circumcision by a trained practitioner.

This follows months of debate. In May 2012, a Cologne court ruled that the circumcision of a young boy on religious grounds amounted to grievous bodily harm, and was therefore illegal. The decision prompted many Jews and Muslims to question their acceptance and sense of feeling spiritually at home in Germany.

Months of debate on the cultural and religious tradition of infant male circumcision in Germany followed. Nowhere else in the entire world has this debate been held "with such acrimony, frostiness and at times brutal intolerance," Dieter Graumann, head of the Central Council of Jews in Germany, said at the time.

The Cologne ruling led to a good deal of legal insecurity. In practice in the past, it had always been undisputed that parents could agree to a circumcision that is not strictly necessary from a medical point of view.

In July, the German Bundestag began debating the difficult issue. Across party lines, lawmakers agreed that Jewish and Muslim religious life must continue to be possible in Germany and appealed to the federal government to draw up legislation to this effect. 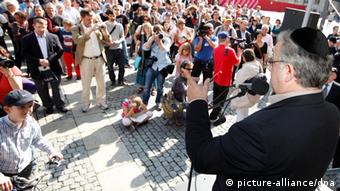 The Central Council of Jews in Germany, which has announced it will introduce special training courses, says Germany already has four mohels, some of them trained rabbis and doctors. The council has also announced that it plans to start its own training program.

Muslims also practice male circumcision - however, there is no strict definition as to the age at which circumcision can be carried out; in practice it can take place at any time before about the age of 14. 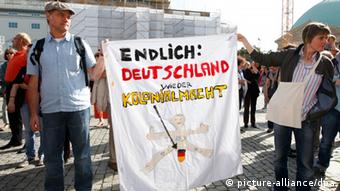 Many feared a ban would make Germany a laughing stock

The Bundestag, or lower house of parliament, afterwards began its discussion on the legislation. An alternative draft law handed in by a group of opposition left-wing lawmakers was also on the agenda. They proposed that parents should have to wait until their son is 14 so he can give informed consent for the procedure. After all, they argued, circumcision involves a grave operation in which the "foreskin is amputated."

This draft takes into account criticism by children's protection organizations and the Association of Pediatricians, which followed of the Cologne court's ruling. Under this proposal, circumcision on the eighth day after birth - as is Jewish custom - would be ruled out.

At a hearing, the Bundestag legal committee examined the medical risks circumcision entails. There, doctors, legal experts and representatives from Jewish and Muslim associations thoroughly discussed the topic with parliamentarians. The most controversial aspect was the question of age.

The new law grants parents the right to authorize the circumcision of their son by a trained practitioner. Once the boy reaches six months of age the procedure needs to be performed by a doctor.

German Chancellor Angela Merkel, at an awards ceremony, warned against excluding Jewish people from society. It would be inappropriate to tell Jews and Muslims what's good for them, she said. Also unacceptable would be to tell Jewish and Muslim parents that the health of the child is unimportant, she added.

Humankind and society should be the ones responding to the issue of how to balance the protection of freedoms for religious minorities, she concluded.

Millennia-old traditions that developed and took hold independently in different places, cultures and religious communities may be at stake.

In Judaism, circumcision of male infants on the eighth day after birth is an imperative of great importance, comparable to Christianity's baptism. It is founded in the Jewish written law, the Torah: here, God demands circumcision as a symbol of his bond with the Jewish people.

In Islam, circumcision is a duty for Sunnis and Shiites alike; it is part of the Muslim faith.

According to the German government, male religious circumcision is not forbidden anywhere in the world. Sweden is the only country with legislation, introduced in 2001, that sets out preconditions for the procedure.

In the US, where circumcision is a part of basic health care, it is practiced hundreds of thousands of times every year, with the decision being left up to the parents.

The German government approved a bill on Wednesday that would keep the religious circumcision of young boys legal. But the debate over the legitimacy of the ritual will not stop, says DW's Loay Mudhoon. (11.10.2012)

The German government has moved to legalize religious circumcision and put an end to the ongoing debate. The cabinet voted in favor Wednesday, but for children's rights groups, the debate on the issue is only beginning. (10.10.2012)