Actress Anita Ekberg, the 1950s sex symbol best known for her role in "La Dolce Vita," has died at the age of 83. The former Miss Sweden went on to become one of cinema's most recognizable faces in the 1950s and 1960s. 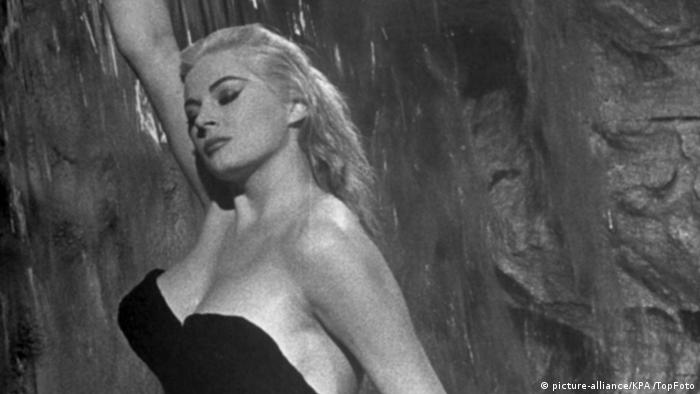 Born and raised in Sweden, Ekberg spent much of her adult life in the United States. It was there the legendary actress emerged as a 1950s pin-up girl. Later in life, Ekberg moved to Italy where she lived until her death on Sunday.

Ekberg was first noticed as a teenager when she won a beauty contest, winning Miss Sweden in 1950.

Born on September 29, 1931 in Malmo, the sixth of eight children, Ekberg was encouraged from an early age to enter beauty contests by friends and family. Her success saw her move to the US where she was noticed by film director Russ Meyer, and actor and producer John Wayne.

Modeling for such magazines as "Playboy" and "Confidential," Ekberg also appeared in a number of comedic films including "Abbott and Costello Go to Mars" in 1953, and the 1956 movie "Hollywood or Bust."

Arriving in Italy in 1956, Ekberg starred in director King Vidor's "War and Peace" alongside Audrey Hepburn and Henry Fonda. It was there she came to the attention of iconic Italian director Federico Fellini who cast her in "La Dolce Vita."

The film, known as "The Good Life" in English, was awarded the Golden Palm at the 1960 Cannes Film Festival.