Chronology: Financial Crisis Spreads From US to World Markets | Business | Economy and finance news from a German perspective | DW | 04.10.2008

The crisis in world financial markets began when prices started declining in the US real estate market in late 2006. So far, it is estimated that banks worldwide have had to writedown more than $550 billion in assets. 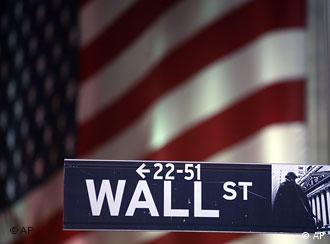 Here is a chronology of major events:

June 2007: Alarm bells ring on Wall Street as two hedge funds of New York investment bank Bear Stearns lurch to the brink of collapse because of their extensive investments in mortgage-backed securities.

July/August 2007: German banks with bad investments in the US real estate market are caught up in the crisis, including IKB Deutsche Industriebank, Sachsen LB (Saxony State Bank) and BayernLB (Bavaria State Bank).

US President George W Bush rejects government intervention to ease the crisis in the home mortgage market and says he wants the market to work. He later pledges help for struggling homeowners to help ease the mortgage crisis.

Foreclosures of US homes in July were up 93 percent from a year earlier, to 180,000 owners.

September 2007: British bank Northern Rock is besieged by worried savers; British government and Bank of England guarantee the deposits; the bank is nationalized. The US Federal Reserve (Fed) starts series of interest rate drops to ease impact of housing slump and mortgage crisis.

October 2007: Profits at US financial giant Citigroup drop sharply. IMF lowers 2008 growth forecast for the euro area to 2.1 percent from 2.5 percent, in part because of spillover from the US subprime mortgage crisis and credit market crunch.

December 2007: Bush unveils plan to help up to 1.2 million homeowners pay their loans.

January 2008: Swiss banking giant UBS reports more than $18 billion in writedowns due to exposure to US real estate market. In the US, Bank of America acquires Countrywide Financial, the country's biggest mortgage lender. Fed slashes interest rate by three quarters of a percentage point to 3.5 percent following sell-off on global markets. Another cut at month's end lowers it to 3 percent.

February 2008: Fannie Mae, the largest source of money for US home loans, reports a $3.55-billion loss for the fourth quarter of 2007, three times what had been expected.

March 2008: On the verge of collapse and under pressure by the Fed, Bear Stearns is forced to accept a buyout by US investment bank JP Morgan Chase. The deal is backed by Fed loans of $30 billion.

Carlyle Capital falls victim to US credit crisis as it defaults on $16.6 billion of indebtedness. US frees up another $200 billion to back troubled Fannie Mae and Freddie Mac.

September 17: US bails out AIG insurance giant for $85 billion.

September 29: Governmental bail-outs announced for key banks in Britain, the Benelux and Germany as well as a state takeover of a bank in Iceland. British government intervenes to save major mortgage lender Bradford & Bingley. Netherlands, Belgium and Luxembourg to take over substantial parts of Belgian-Dutch banking and insurance company Fortis.

October 3: The largest government intervention in capital markets in US history clears the US House of Representatives, becoming law with signature by President Bush.