Christmas comes early for Germany after 55-billion-euro accounting error | Germany | News and in-depth reporting from Berlin and beyond | DW | 29.10.2011

The discovery of the mother of all accounting errors at a troubled bank under government protection has made Germany some 55 billion euros richer, the Finance Ministry said late on Friday. 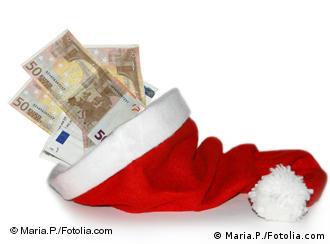 All of Germany's Christmases have come at once

The discovery of a whopping accounting error has made Germany instantly 55.5 billon euros ($78.5 billion) richer.

The error was caused by a double booking at the state-owned bad bank, created to handle the toxic assets of bankrupt Hypo Real Estate bank, which was nationalized in 2009.

Freeing up the cash means that German national debt, as a percentage of gross domestic product, dropped from 83.7 to 81.1 percent. The error was caused when accountants subtracted funds, instead of adding them.

Finance Minister Wolfgang Schäuble said, however, that the causes of the error were still to be clarified, but that the government "welcomes any reduction in [Germany's] debt position."

The opposition Social Democrats (SDP) lambasted the Finance Ministry for the oversight, seeking to send out a reminder that it was Schäuble who was ultimately "responsible for ensuring that the bad bank is properly managed and supervised."

SDP parliamentary group secretary Thomas Oppermann said Schäuble must quickly clarify how the miscalculation could have been made. "This is not a matter that can be hidden away in a cookie jar and forgotten," Opperman said.

The accounting error became public on Friday after online magazine Stern.de published a report stating that German national debt had been re-adjusted due to a book-keeping error.

Crisis-hit German bank Hypo Real Estate (HRE) plans to repay a portion of the loan guarantees it received from the state, a press report said Tuesday. The move is part of the bank's long slog towards re-privatization. (12.10.2010)

Hypo Real Estate (HRE), the nationalized lender that received billions of euros in state aid to survive the financial crisis, has defended handing out millions of euros in bonuses to employees. Politicians are outraged. (19.09.2010)